Van Alen Institute was one of four New York-based nonprofits selected to develop and manage Rebuild by Design, an initiative of President Obama’s Hurricane Sandy Rebuilding Task Force and the U.S. Department of Housing and Urban Development (HUD).

As our region rebuilt in the aftermath of Hurricane Sandy, designers had a crucial role to play in envisioning coastal cities and communities that could creatively respond to ever-more daunting environmental and infrastructural challenges. Van Alen Institute was one of four New York-based nonprofits selected to develop and manage Rebuild by Design, an initiative of President Obama’s Hurricane Sandy Rebuilding Task Force and the U.S. Department of Housing and Urban Development (HUD). The project was developed to address the structural and environmental vulnerabilities that Hurricane Sandy exposed in communities throughout the region and developing fundable solutions to better protect residents from future climate events.

Because of the enormity of this challenge, the Rebuild by Design process was developed to find better ways of implementing designs and informing policy and involved several partners. Along with HUD, we collaborated with New York University’s Institute for Public Knowledge, the Municipal Art Society, and the Regional Plan Association.

“Scale it Up” public programs made the strategies emerging from Rebuild by Design tangible and engaging to the general public, and illustrated how design solutions could be “scaled up” or applied to communities throughout the Sandy-affected region.

Produced by Van Alen Institute, “Scale it Up” was designed to achieve multiple goals:

In each community, Van Alen Institute invited local residents, nonprofit staff, business owners, and government officials – many of whom were learning about Rebuild by Design for the first time – to participate in planning an event centered around the theme of resilience as they defined that term. Over the next 2-3 months, Van Alen convened regular “Scale it Up” planning meetings while also coordinating closely with the design teams. This process ensured that each event had elements uniquely tailored to local communities that were also tied to themes and strategies proposed by the teams. Stakeholders felt greater investment in the larger RBD project, while the design teams were able to incorporate input from the “Scale it Up” planning meetings or adjust their outreach meetings accordingly. 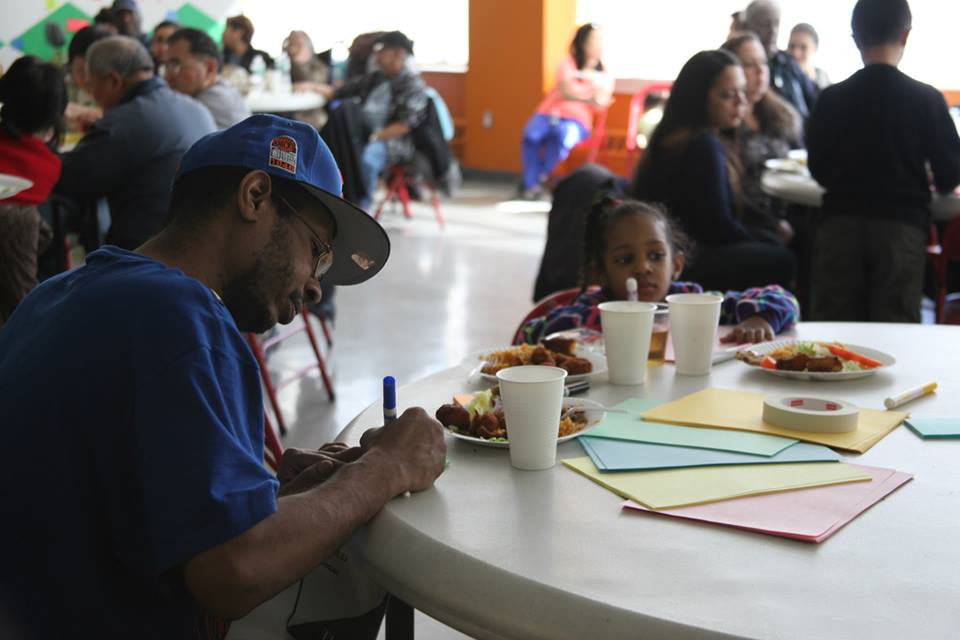 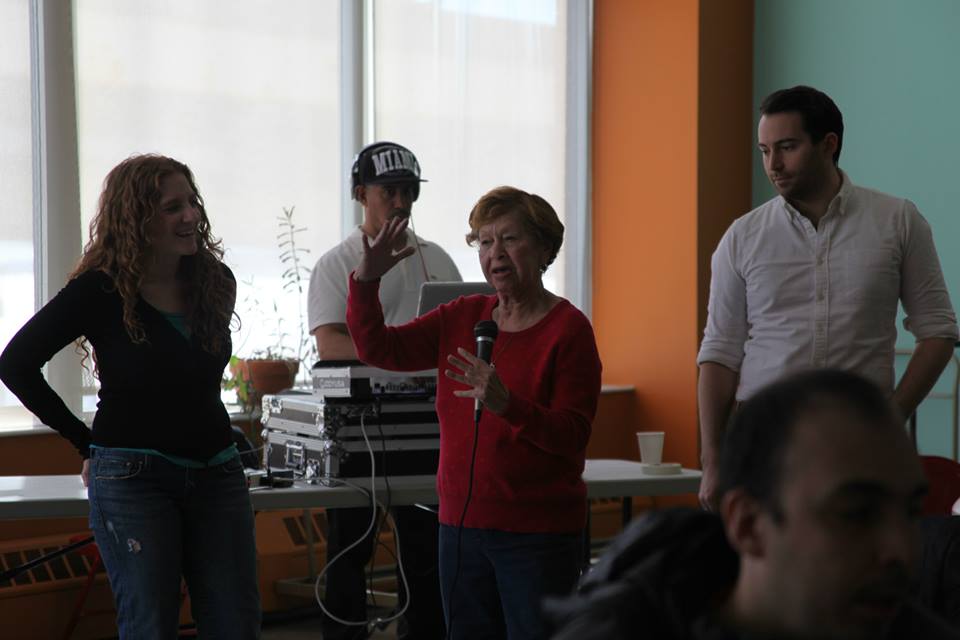 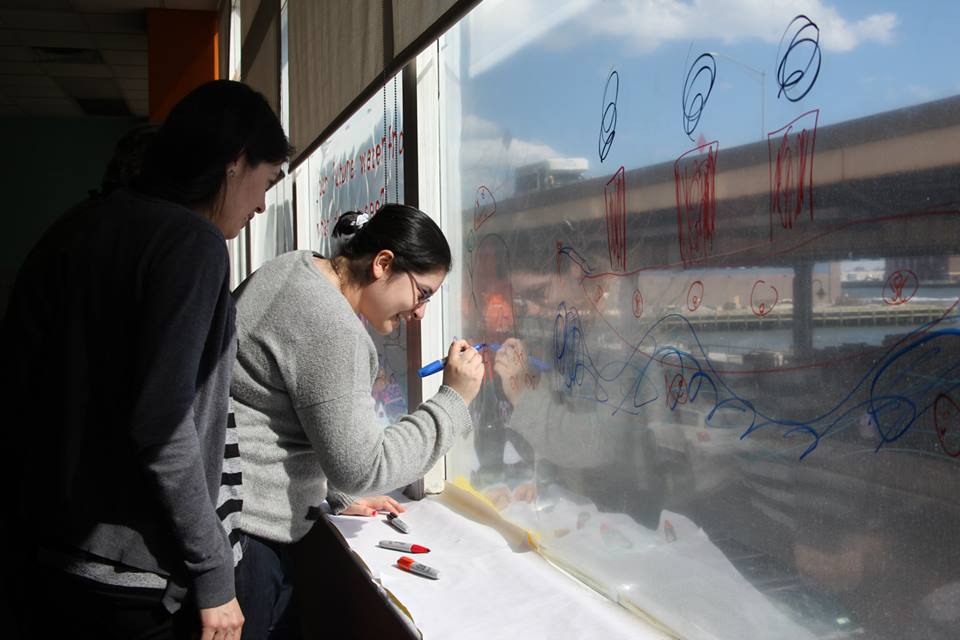 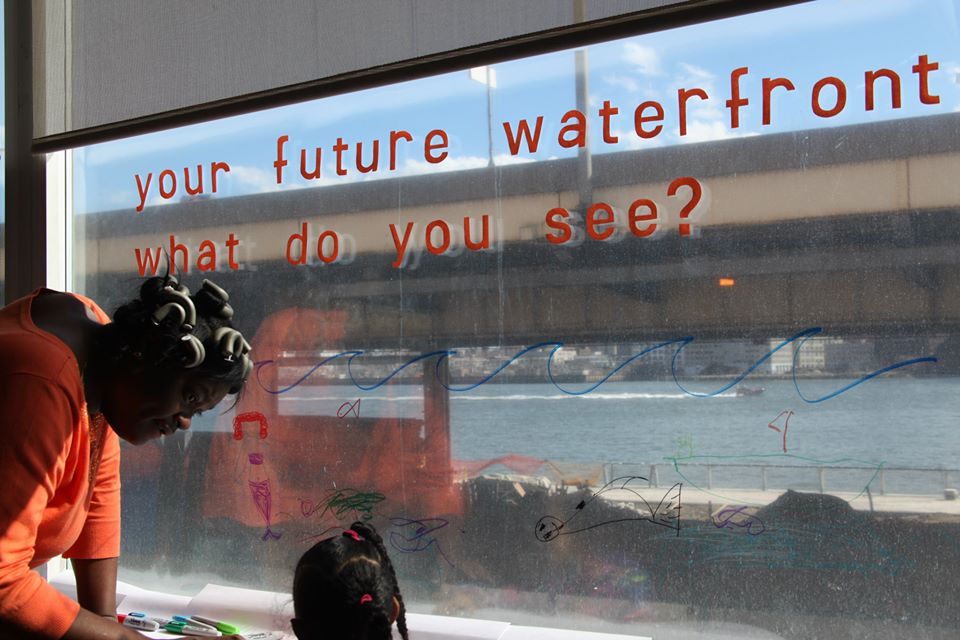 In Manhattan’s Lower East Side, we worked in collaboration with L.E.S. Ready, BIG, GOLES, Van Alen Institute, Sandy Storyline, LMCC, Two Bridges, LES Ecology Center, and Hester Street Collaborative to organize a story-writing workshop and thank you party for local residents. Attendees were asked to think of a creative story line that incorporated Sandy into its plot. As guests wrote creative narratives, they celebrated their post-Sandy rebuilding and planning work. 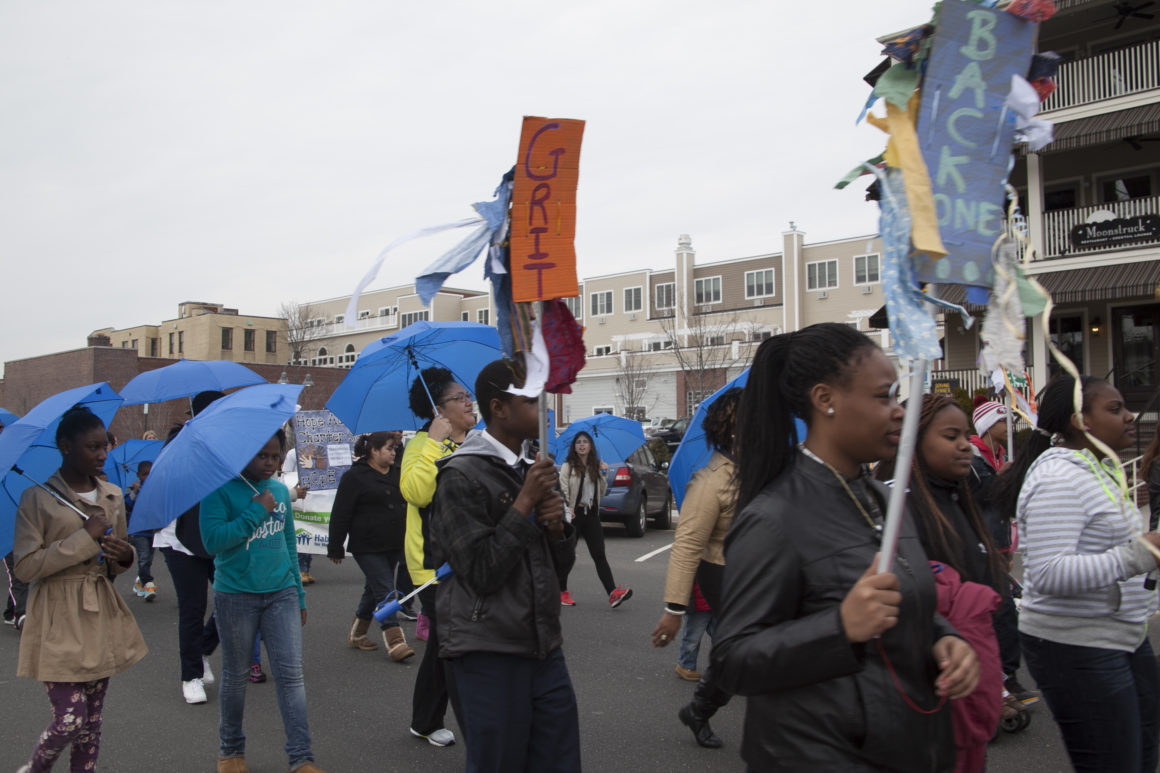 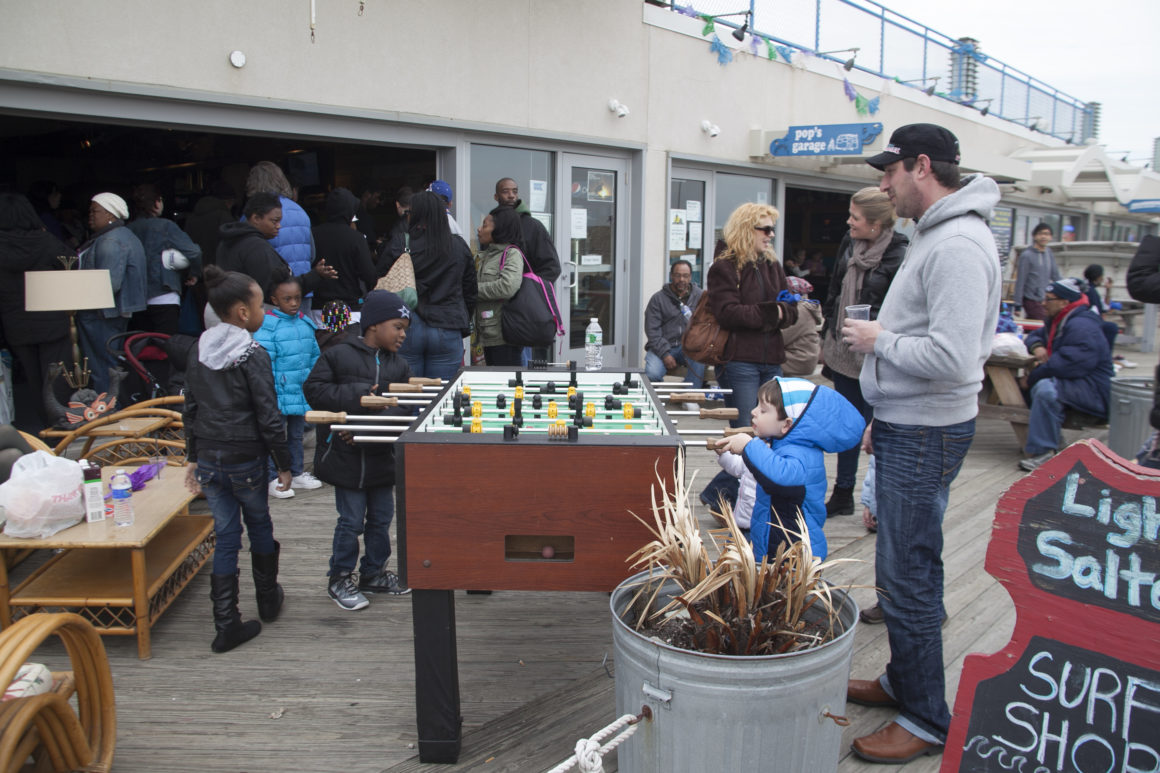 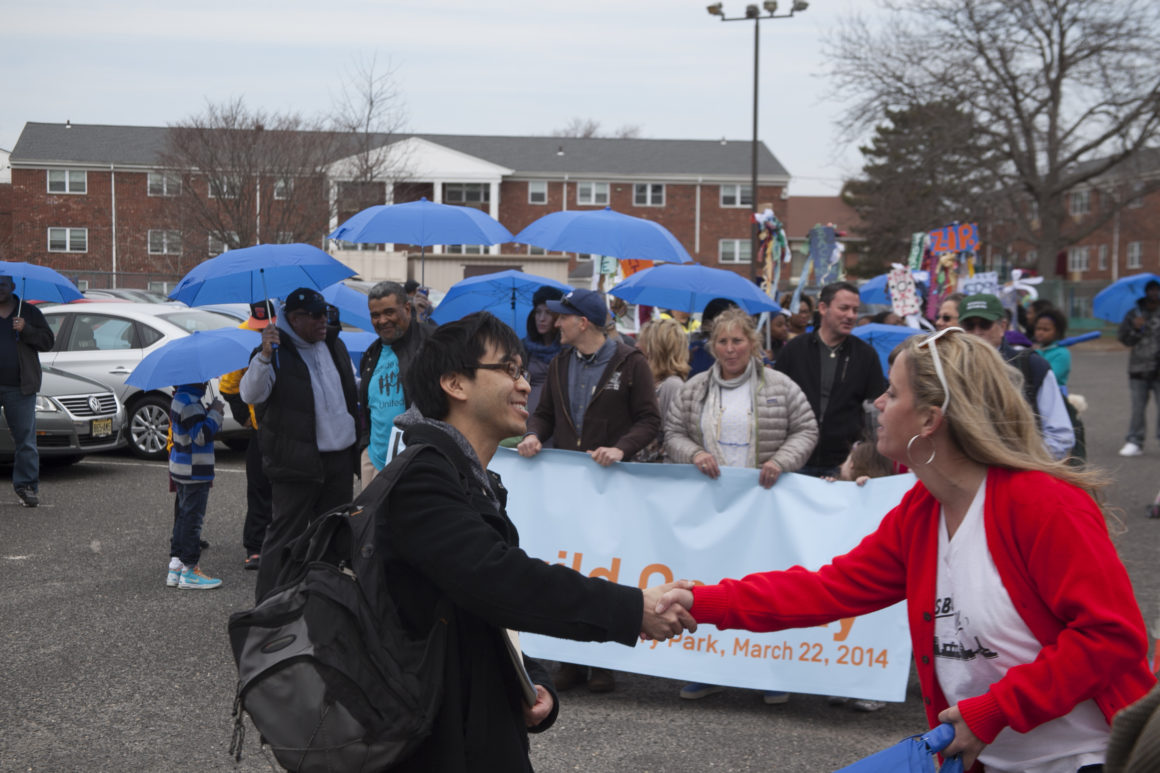 In Asbury Park, New Jersey, we teamed up with community leaders to produce “Rebuild One City,” a participatory parade and reception celebrating community resilience and new strategies to protect Asbury Park from future storms. The parade aimed to bridge the divide between the city’s east and west sides and to highlight the design teams’ proposals for re-designing coastal lakes, streets, dunes, and the boardwalk. The parade ended with a “resilience fair” highlighting work from local organizations to make Asbury Park more resilient. 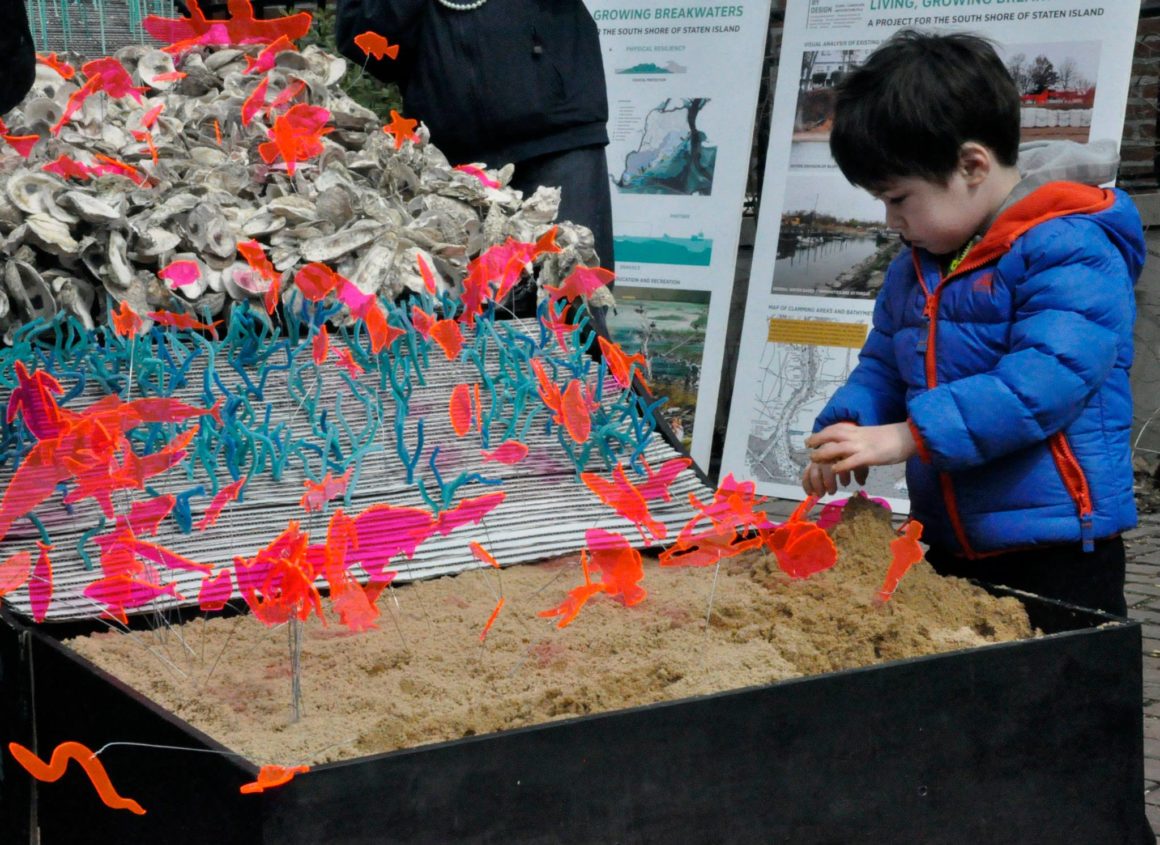 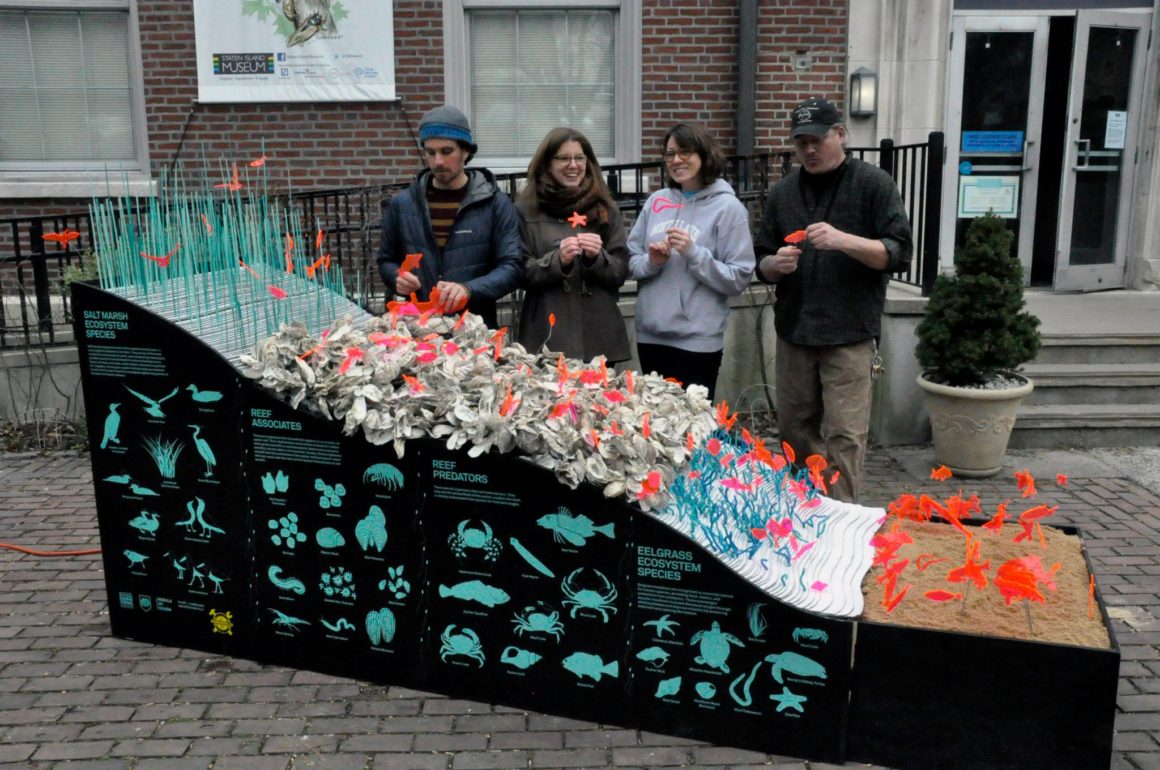 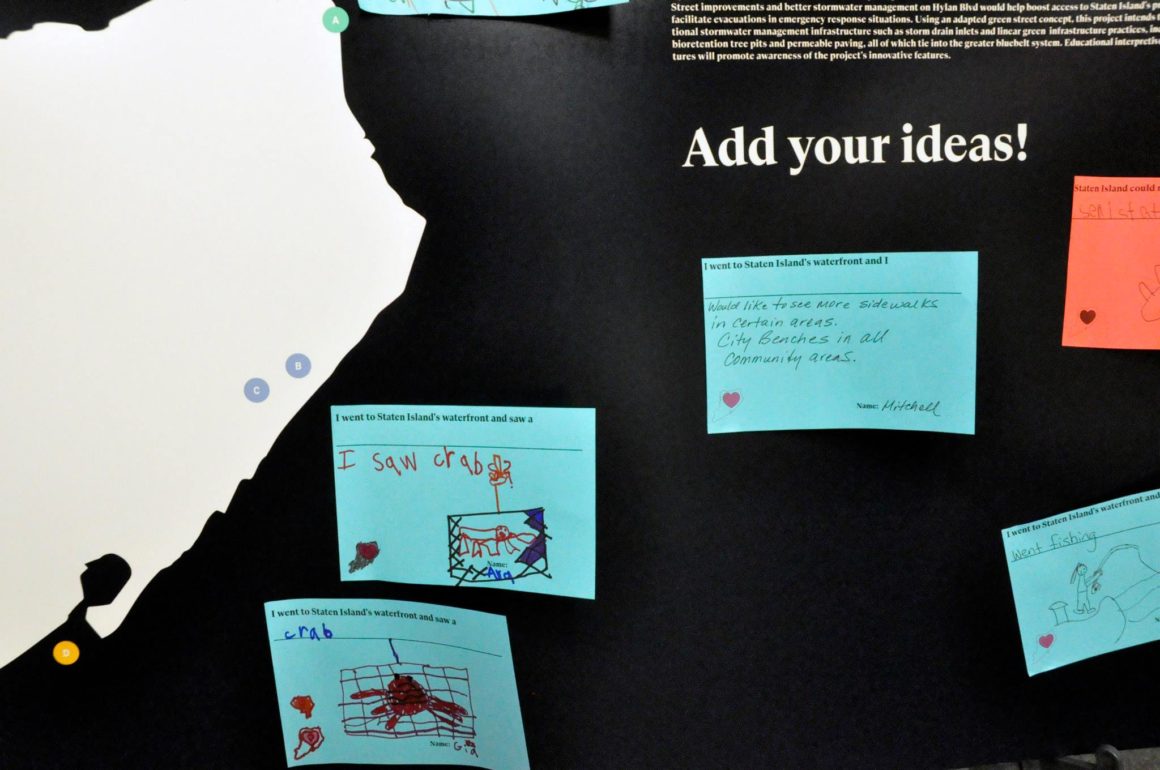 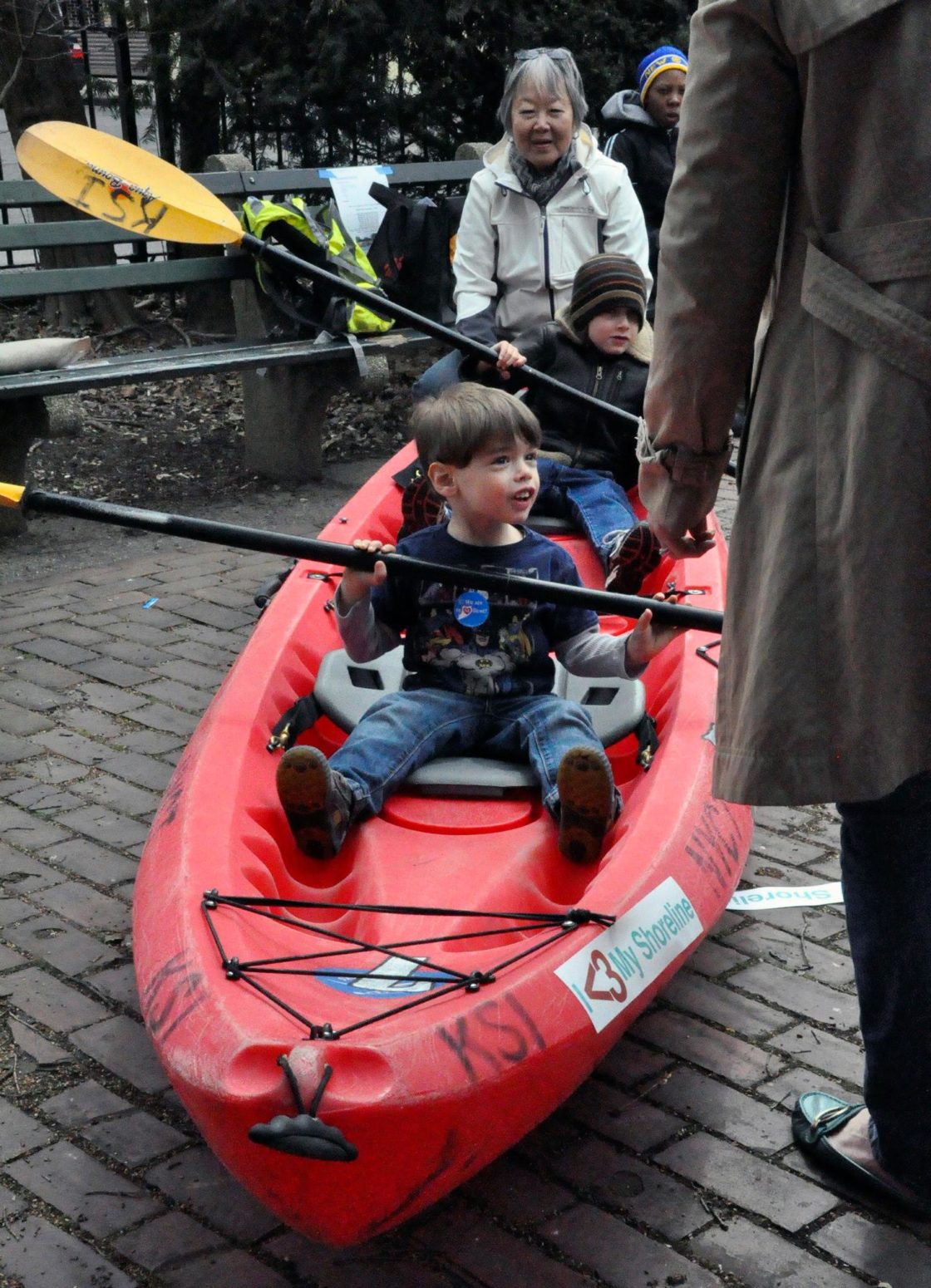 Our public program on Staten Island asked local residents: Are you re(SI)lient? Attendees helped us find out how Staten Island’s rich maritime past shaped its resilient future through interactive exhibits at the Staten Island Museum. The event included trivia and raffles, an interactive model of an oyster reef, marine mammal education, a workshop on building resiliency, and more. 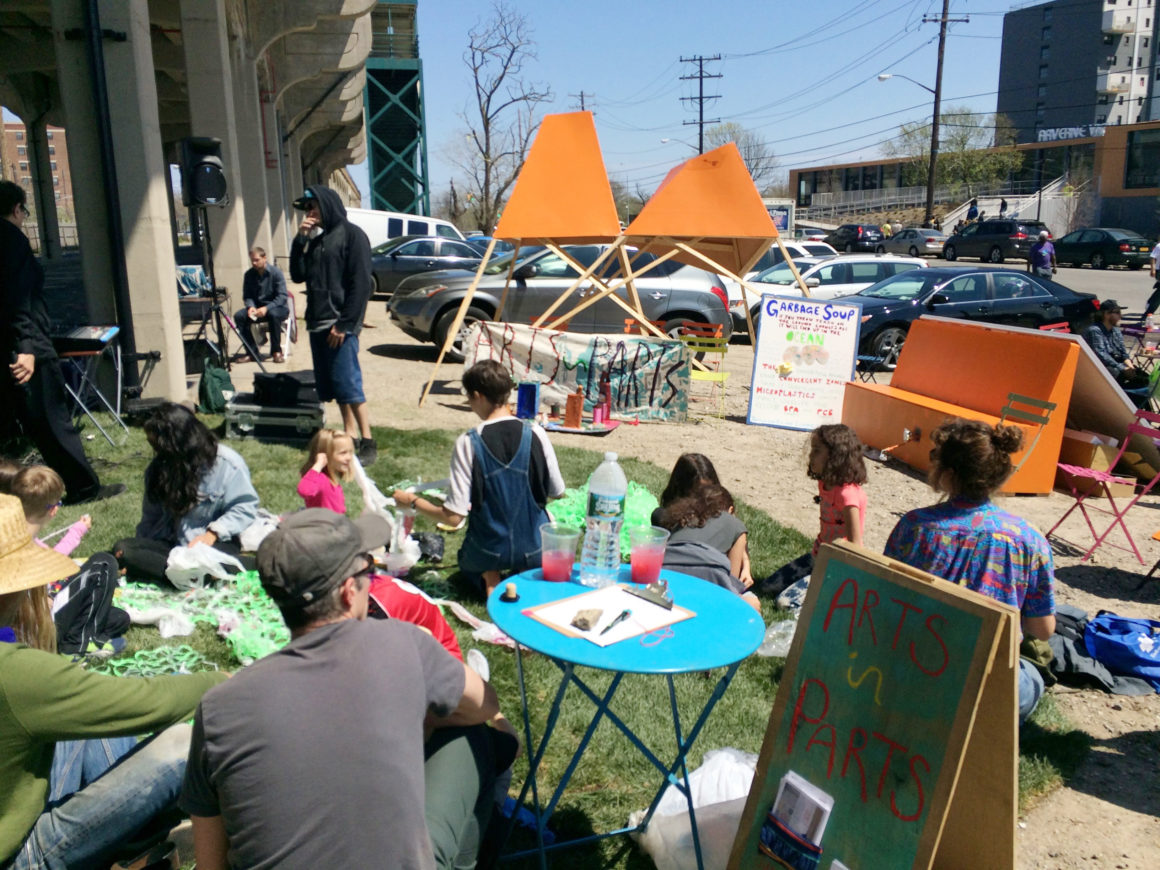 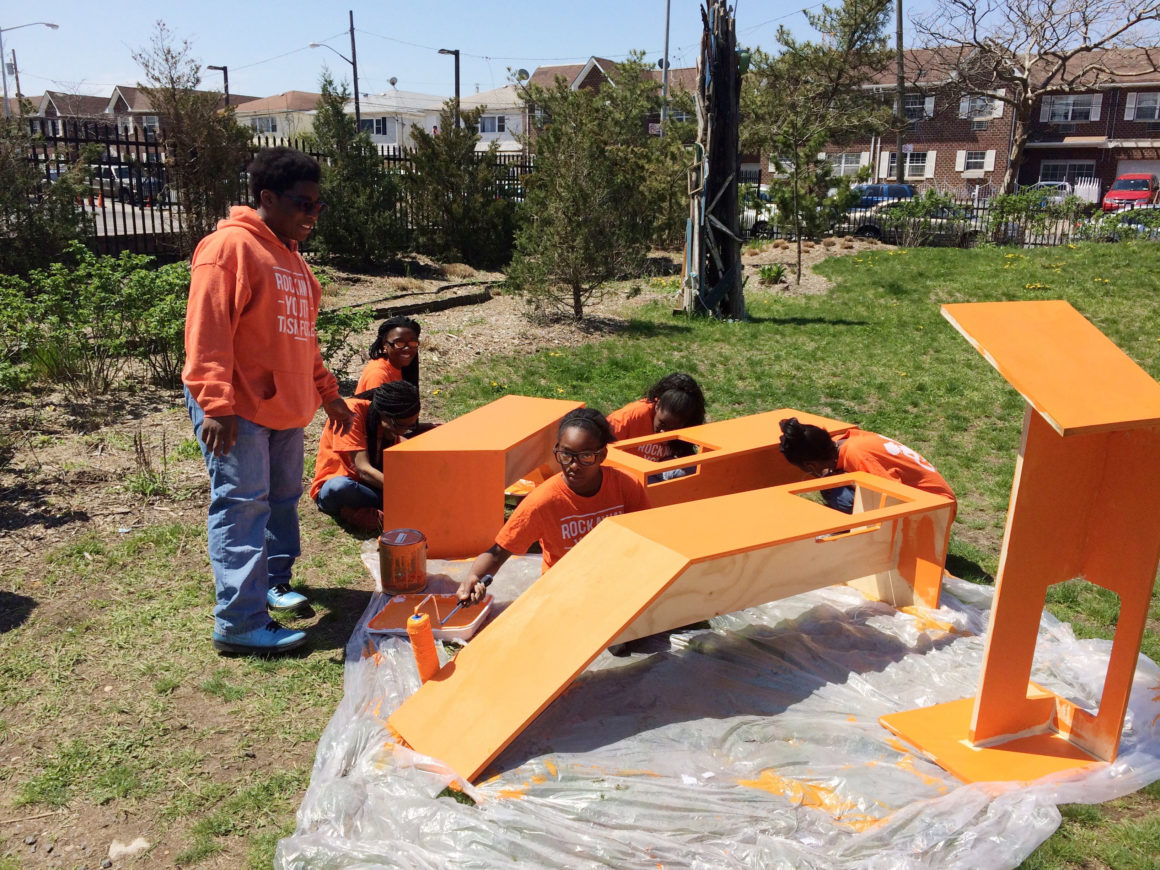 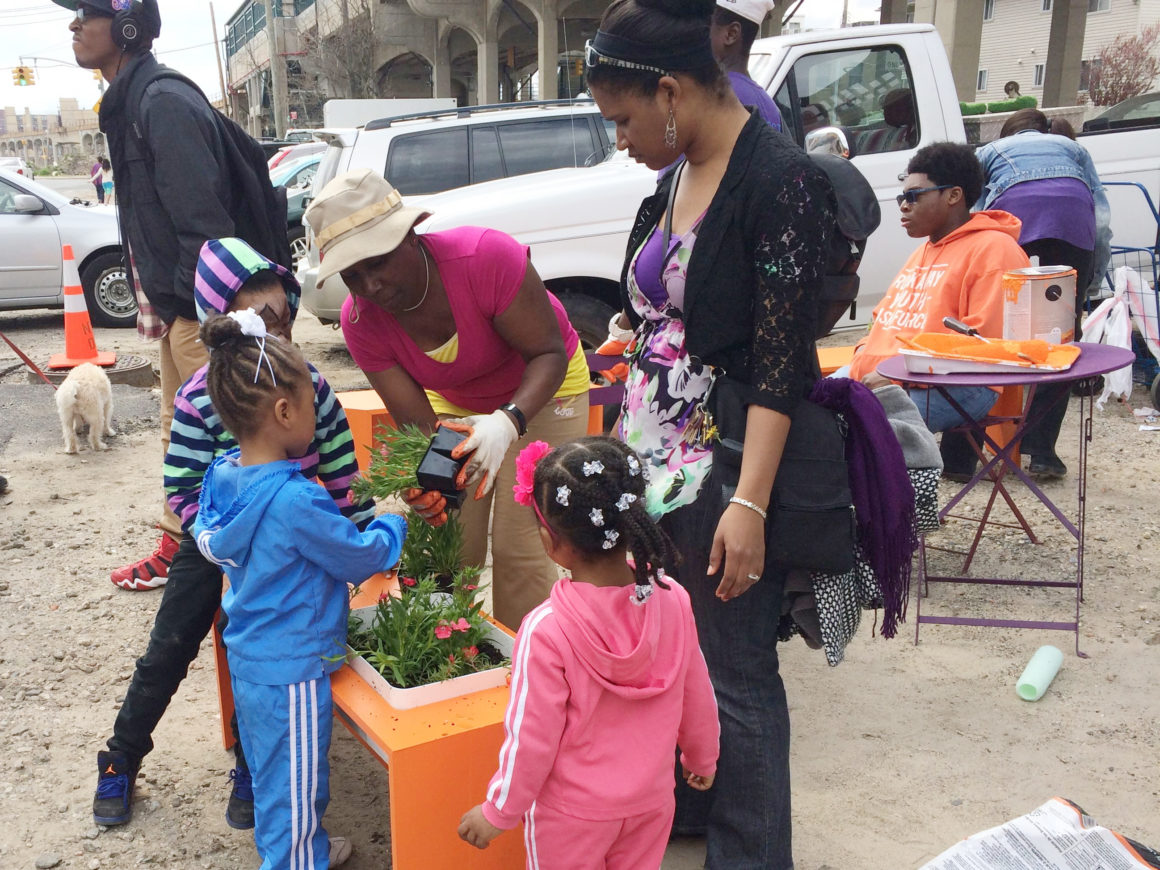 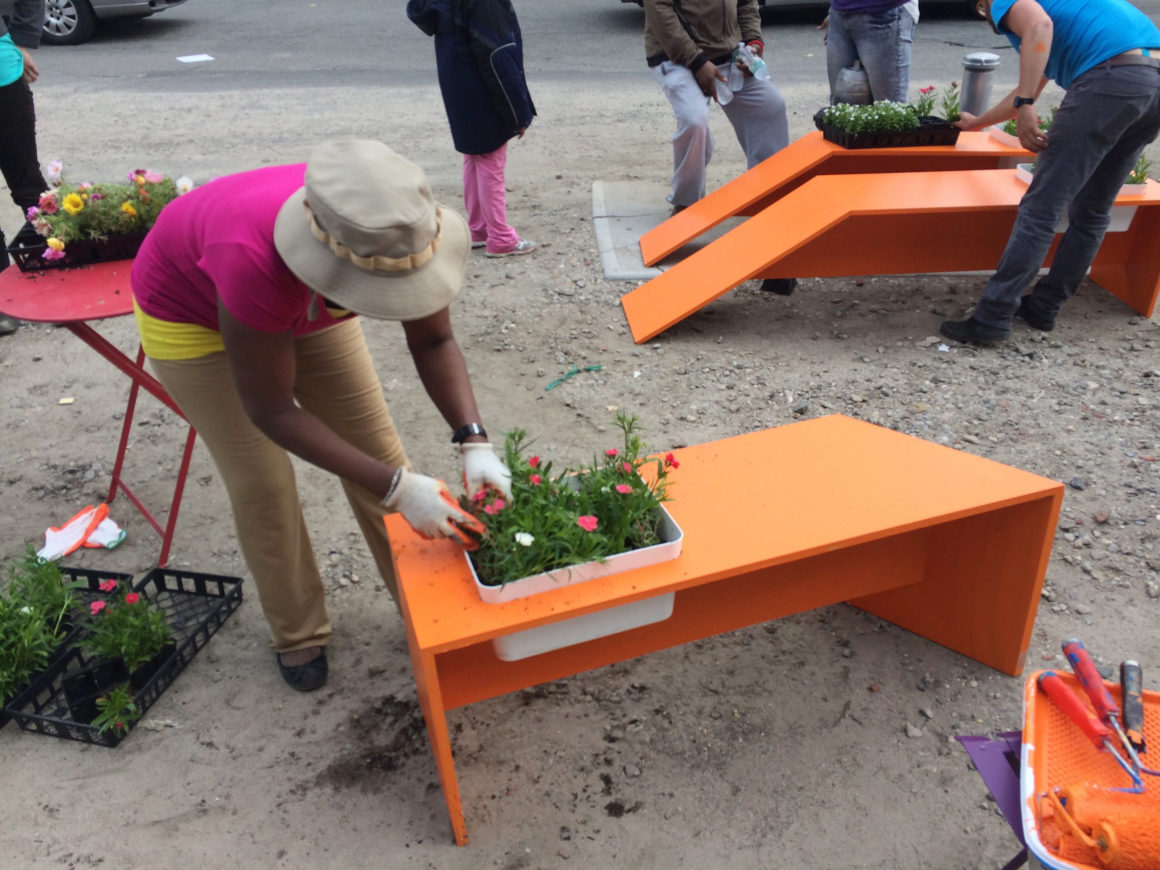 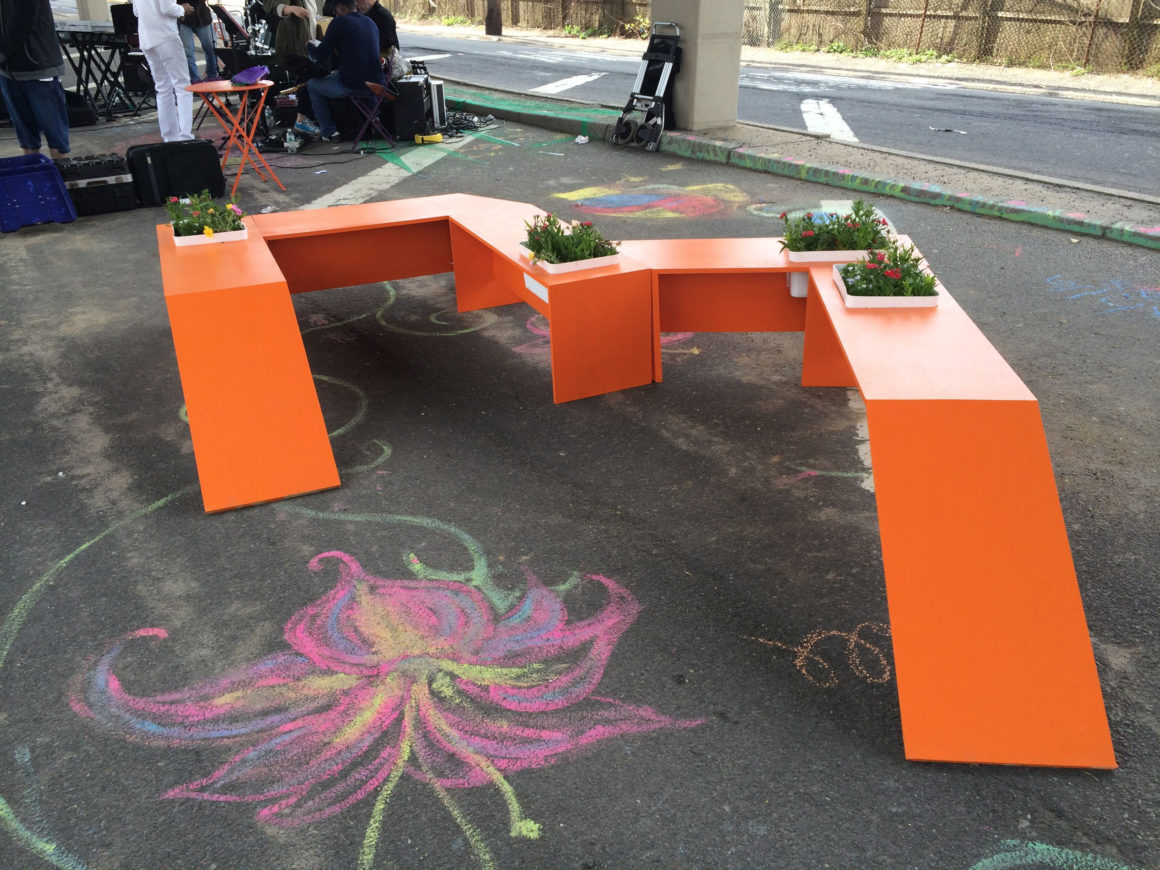 In the Far Rockaway community, we unveiled mobile structures designed and built by students and local youth from the Rockaway Waterfront Alliance and Rockaway Youth Task Force, in collaboration with architect Gilliam. These structures were created with the ability to provide shade, seating and solar power; distribute tools, food and information; and help create outdoor gathering spaces. 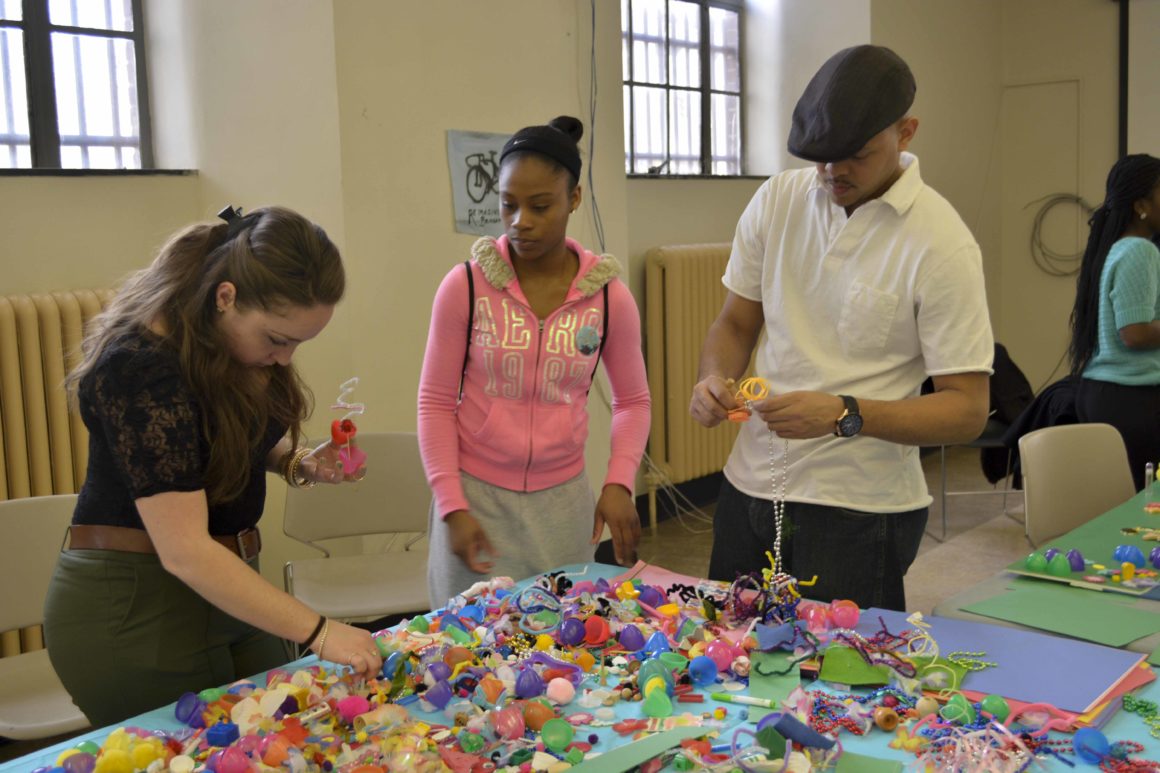 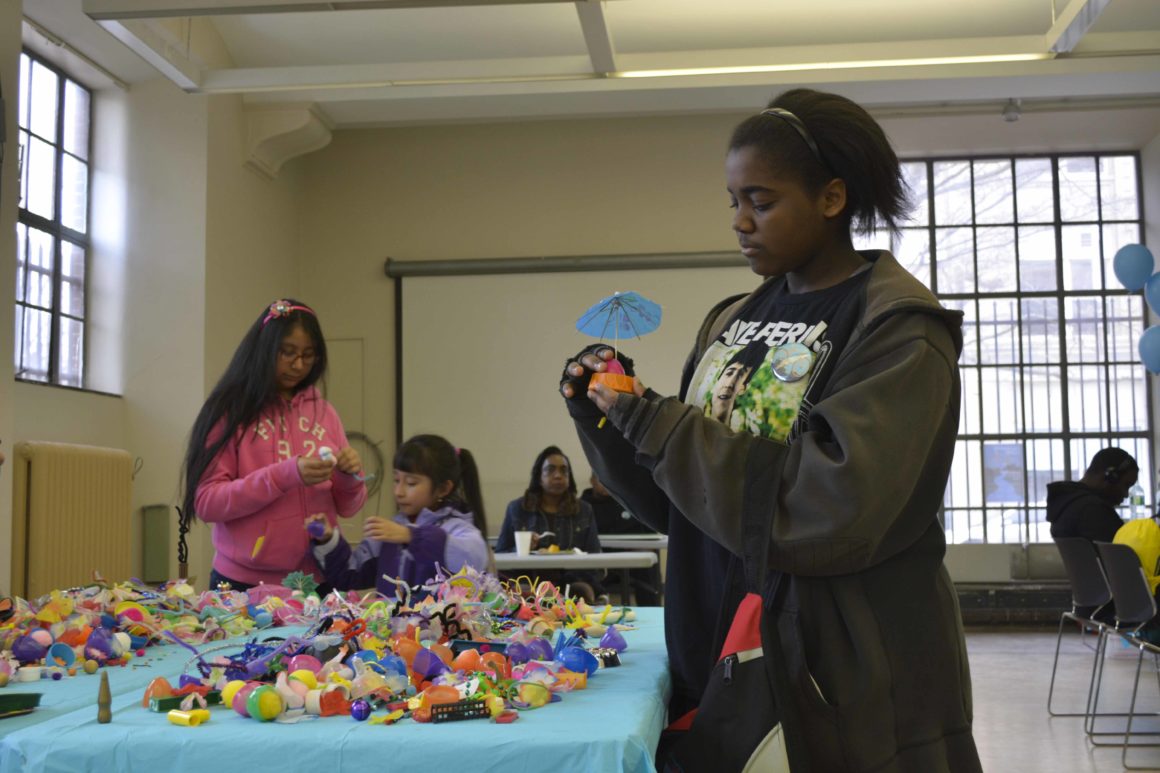 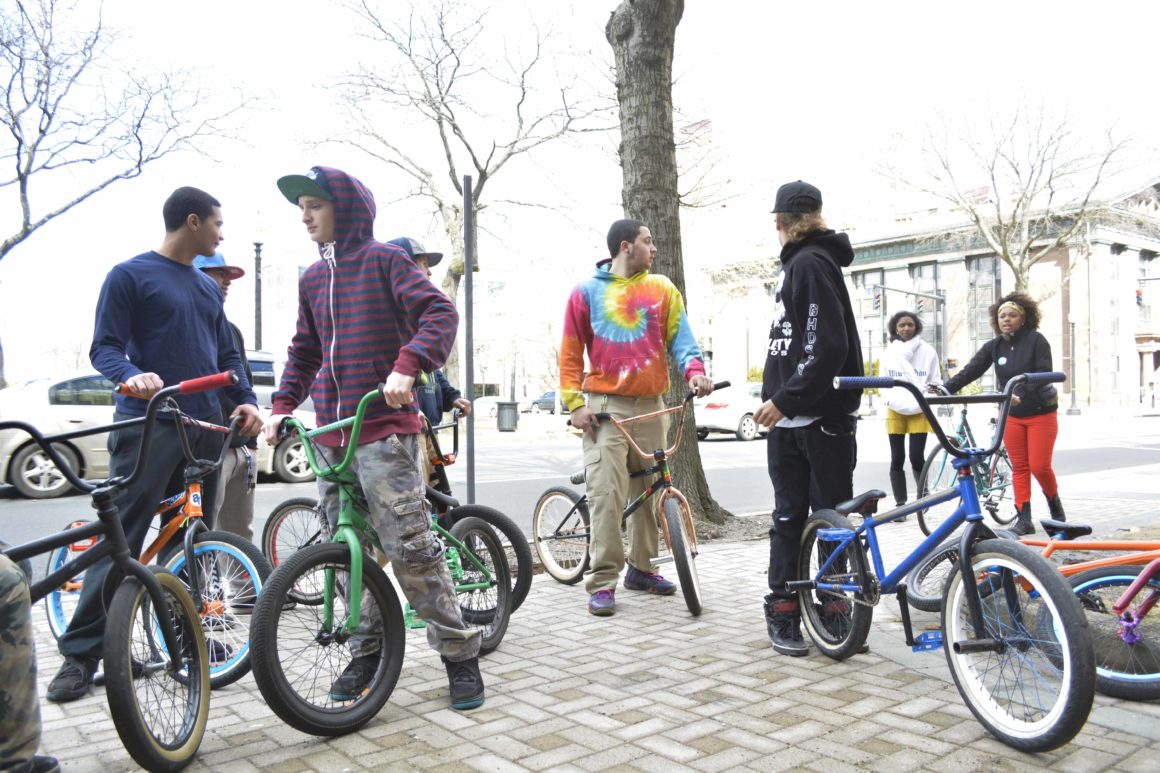 On March 8, we teamed up with architects and ecologists from Bridgeport and New Orleans to lead a youth design workshop called “Paths to the Sound“ that invited local high school students to imagine future scenarios for the Pequonnock River in Bridgeport, Connecticut. The workshop began with a bicycle tour of the River to highlight opportunities to re-design the water’s edge to protect against future floods, provide more open space, and create new habitat for wildlife. At a participatory workshop in a downtown storefront following the tour, students learned to build three-dimensional models representing their ideas for improving the river.

The ten participating design teams, selected by the President’s Hurricane Sandy Rebuilding Task Force, brought together experts from across planning, design, engineering and science to critically consider the task of rebuilding.

The teams conducted months of open-ended research to better understand the region’s economic, social, and ecological vulnerabilities in dozens of communities, as well as opportunities for design and policy interventions. Six winning teams were awarded a total of $930M to implement their ideas:

The BIG Team proposed a protective system around Manhattan’s edge, driven by the needs and concerns of the community, including a massive berm at the East River Park to protect the Lower East Side from future storm surge and rising sea levels while providing open space amenities for local residents.

The Interboro Team developed a comprehensive, regional resiliency plan for Nassau County’s South Shore, including “Slow Streams”—a set of interconnected interventions that will transform the Mill River into a green-blue corridor that stores and filters water, provides public space, and creates room for new urban development.

The team articulated an integrated vision for protecting, connecting, and growing the Meadowlands, restoring water-absorbing wetlands and creating a multi-purpose berm to provide flood protection to surrounding communities.

Lifelines was designed to support continued planning and study related to protecting and strengthening the Hunts Point community, including its regional food supply hub.

SCAPE’s project would design a “living infrastructure” system that reduces wave action and erosion, create micropockets of habitat to host finfish, shellfish, and lobsters, and establish opportunities for education and water access to local residents. 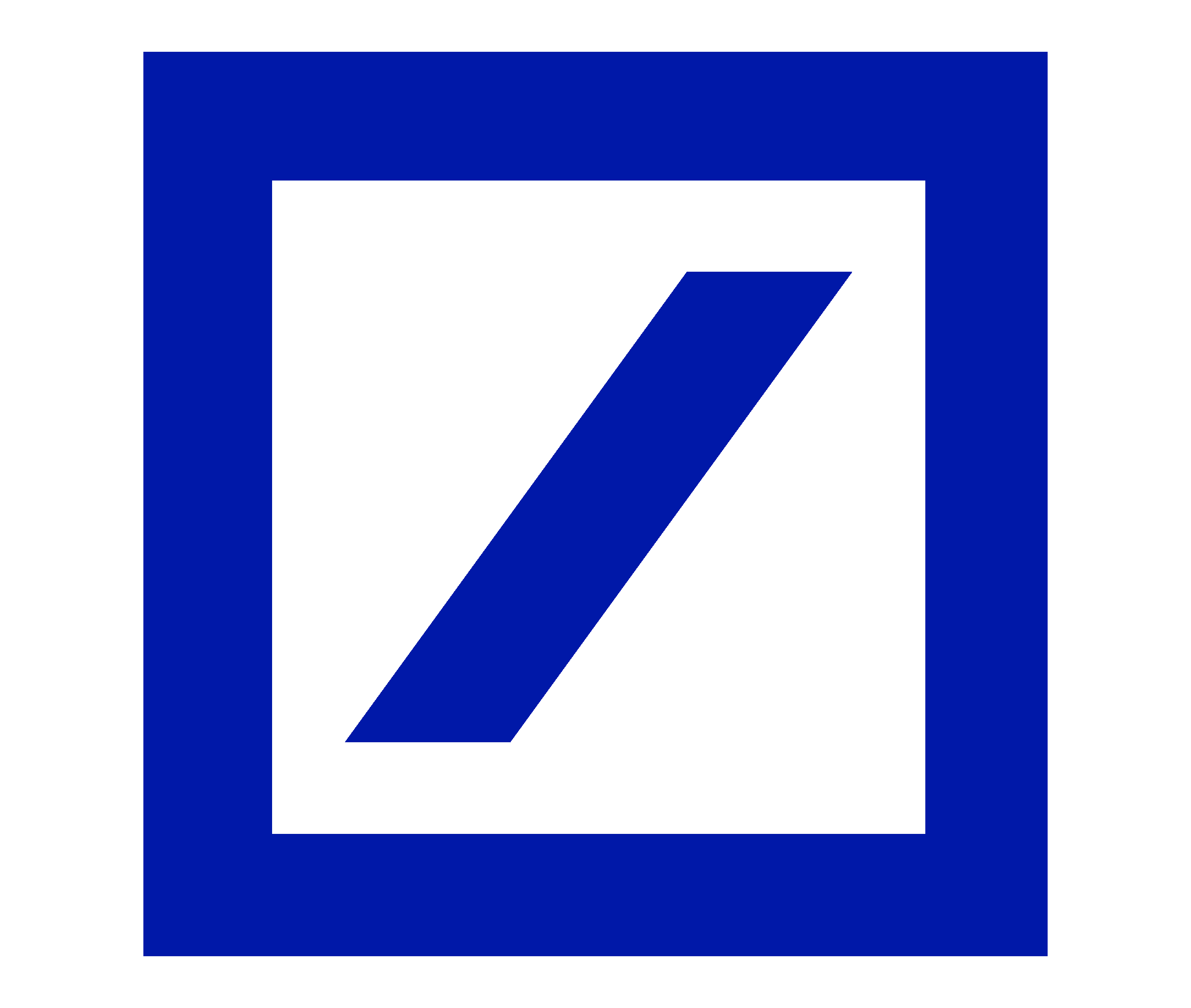