The Age of the Smart City

Nicole Dupuis of the National League of Cities on the challenges facing city officials who hope to utilize data and new technology to their fullest potential.

A city’s strength is defined by how well it delivers essential services, identifies and responds to the needs of its citizens, and supports equity within its society. The advent of smart cities—municipalities that harness the power of data and the Internet of Things to improve the performance of infrastructure and city services—has unleashed unprecedented opportunities for cities to better themselves and the quality of life of their citizens. These potential gains are not automatic. City leaders will need to balance the cost of integrating new technology with maintaining existing infrastructure, find partners and financing to support the work, and ensure that the poor and vulnerable also share the benefits that accrue. In this article, Nicole DuPuis, Principal Associate for Urban Innovation in the City Solutions and Applied Research Center at the National League of Cities, explores the choices facing cities as they confront this staggering challenge. 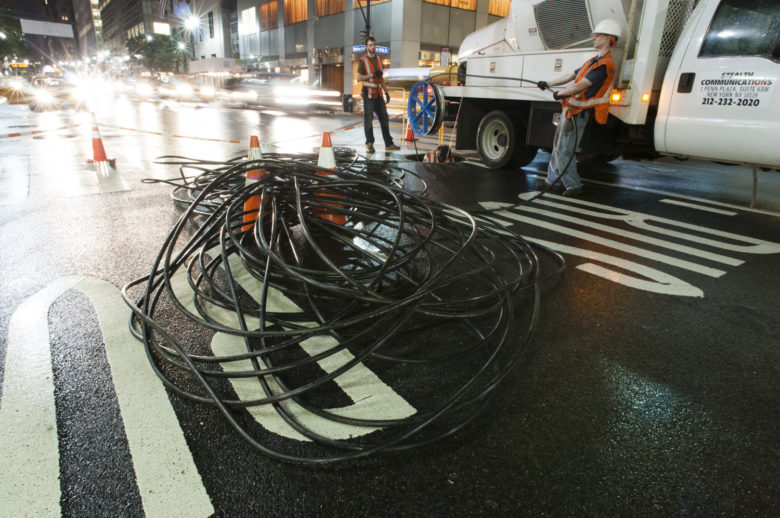 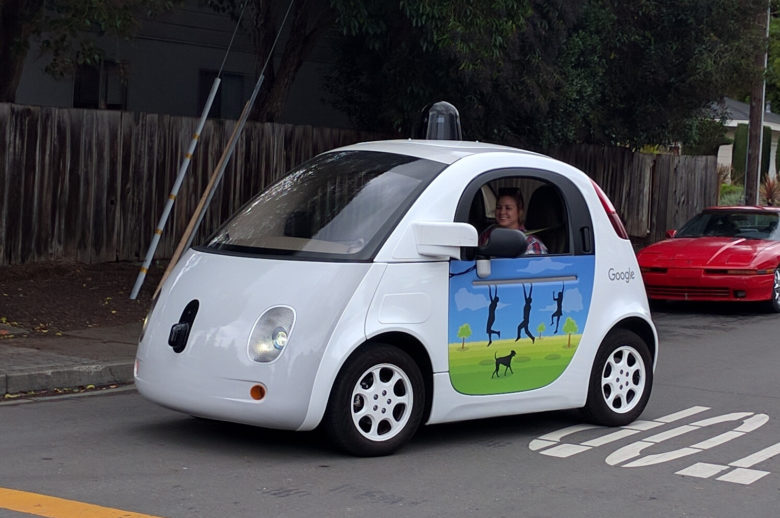 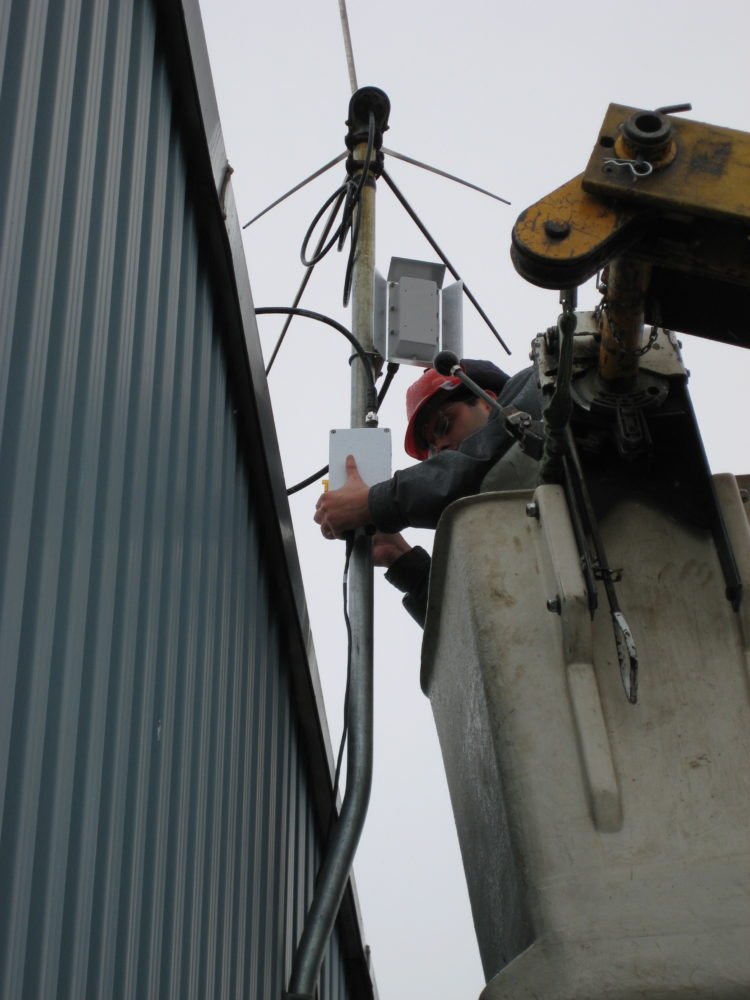 Infrastructure can be likened to the skeletal system of the United States—critical to its function and success. It is the means by which we move goods, reach jobs, connect with family, and explore nature, and it is as essential to the country as bone is to the body. This metaphor might seem like hyperbole, but all it takes is one falter, one accident, one disaster to remind us of how difficult life is without well-managed, well-maintained, and functional transportation, water, or cyber infrastructure. Infrastructure delivers our safe, clean water; it provides the public spaces in which we engage in civic life, and most importantly, it gets us safely to the places where we live, work, play, and pray.

More and more, infrastructure is inextricably linked to technological change. Today, every city wants to be a smart city, and that means investing in new types of tech-laden infrastructure—broadband, sensor networks, utility monitoring systems. These new types of “smart” infrastructure have the ability to impact and alter the buildings we use, the ways we get around, and how we use information.

The movement toward smart infrastructure is typically driven by two primary factors: One is allowing cities to function more efficiently, and the other is positioning them to be more responsive to community members. However, the ultimate goal of smart infrastructure implementation and adoption should be to create better, more equitable urban environments in which people can thrive. Even as cities struggle to navigate the challenges of meeting today’s infrastructure needs, it is worth imagining what well-connected, smart infrastructure might bring to our cities in the future—and how it will impact our everyday lives. Autonomous vehicles on our roadways could provide urban planners with the data they need to develop safer, more efficient mobility corridors where different transportation modes communicate and move fluidly together, making signals obsolete. As we move toward greater usage of shared vehicles and away from a mobility model that relies on parking, cities might be able to recapture parking lots and garages and redevelop them into assets that bring more value to people. Wi-Fi hotspots peppered throughout cities could promote increased and more egalitarian access to information and help alleviate the digital divide. City residents could be safer with street light networks that use embedded sensors to detect gunshots or flash during emergencies. Smart utility systems could allow cities to collect information from sources like water, electric, and gas meters, and make repairs as soon as they are needed—not just when residents call them in.

While the oncoming age of the smart city signals progress, it also represents an added challenge for municipalities across the country. Today, the majority of local governments struggle to keep their existing infrastructure—roads, bridges, and water/wastewater systems—in good repair, which subsequently precludes them from even beginning to consider new investments. The influx of new smart city applications is promising but puts an additional burden on cities to build out their broadband and wireless infrastructure in a time when many of them can barely afford to keep their other infrastructure assets up to par.

While the federal government once played a much more significant role in funding the nation’s infrastructure, today the majority of this responsibility falls to state and local governments. The federal funding source for infrastructure, the Highway Trust Fund, is rapidly approaching insolvency. The Fund is capitalized by the federal gasoline tax, which has not been raised since 1993. Meanwhile, reductions in per capita vehicle miles traveled, coupled with increased fuel efficiency standards, have resulted in net revenue losses. If current spending and revenue projections are accurate, the Fund will amass a deficit of $180 billion over the next decade. State governments are also struggling with declining gas tax revenues, combined with state budget constraints that sometimes pressure governments to divert gas tax revenue to balance the state budget instead of addressing critical infrastructure needs. This leaves dedicated infrastructure funds and programs for the cities in these states unreliable. Thus, we see a sort of domino effect where limited support from the federal level combined with constrained state budgets leave local governments assuming the majority of the fiscal responsibility for infrastructure.

This burden becomes more difficult for cities because much of the country’s existing infrastructure is coming to the end of its useful lifecycle. This means that communities are relying on infrastructure that is falling below a standard of good repair or that is inadequate to meet their needs. Because local governments are the most accessible to the communities they serve, they tend to bear the brunt of frustrations with sub-par infrastructure, even in cases where the responsibility should be shared. Filling potholes and keeping water systems running safely and efficiently never stop being priorities for local elected officials.

Along with existing maintenance burdens associated with aging infrastructure, cities are now feeling pressure to invest in smart city applications and the new types of infrastructure that support them. Sensor networks and high-speed broadband are touted as requirements for a future that promises autonomous vehicles and an Internet of Things (IoT) ecosystem in cities. The expense of this new investment is daunting and cities are uncertain about which technologies to commit to, what the next big thing will be, or how to ensure interoperability with both existing and future assets. The hype around this is immense, pressuring cities to get on board with all of this lest they be left behind or excluded from the 21st century economy.

Technological disruption makes these predicaments all the more difficult. However, focusing on outcomes, potential partnerships, and best practices will help cities to forge a path forward and make infrastructure investment decisions that will sustain them in the future. Furthermore, as the lines between technology and governance become more blurred, so too will the lines between public and private. Given that much of the smart cities revolution was initially perpetuated by the private sector—in the form of new applications and systems marketed to cities—it is fair to assume that many of these same private sector organizations (specifically telecommunications and IoT-focused tech companies) have a vested interest in ensuring cities have adequate infrastructure to support the products they are selling.

As cities face mounting infrastructure challenges, they should look for ways to partner with non-governmental actors, like universities and the private sector. Partnerships provide many benefits to cities, including increased access to funding and expertise that might not otherwise be available. They also allow cities to share the risks of large infrastructure projects. Public-private partnerships, also known as PPPs or P3s, are contractual arrangements between public agencies (state or local governments) and the private sector to provide infrastructure for the public. Both public and private partners contribute financially and share in the risk and reward. The government partner administers and regulates the infrastructure, while the private sector infuses capital and focuses on the operational and executive aspects. These arrangements have been most successful overseas, with some emerging success in the United States. NLC’s recent research found that 32 states have some variation of public-private partnership-enabling legislation.

While P3s offer new opportunities to meet infrastructure needs, there are drawbacks to collaboration with non-governmental actors. Cities should ensure a clear, mutually agreed upon purpose or mission for new partnerships. They should also weigh the motivation and commitment of potential partners. New partnership arrangements should clearly delineate authority and responsibility, and set formal arrangements in place for continued contact, communication, and accountability. Taking all of these organizational pieces into account will improve the chances of a successful partnership.

Cities of all sizes have found themselves saddled with infrastructure challenges, and there might be a need for some creativity in facing them. Partnership with non-governmental entities, especially in the age of the smart city, represents an opportunity for cities to manage existing challenges and make investments that will sustain them well into the future. Making smart investments and decisions today might give cities the ability to fulfill their original and most important role as equitable, livable hubs designed by and for people. However, that hope rests largely on the assumption that technologies can help make people’s lives better in cities. Technology is not an end in itself but just a means to achieve a certain goal. It is still up to cities, and the decision-makers who lead them, to consider what they want their ultimate ends to be, and how they want their communities to look.