Layla McCay, Director of the Centre for Urban Design and Mental Health, on how parks and nature influence mental health in cities.

At the Centre for Urban Design and Mental Health, Director Layla McCay works closely with designers, planners, and scientists who are actively interested in creating cities that support good mental health. The well-documented benefits of nature for city dwellers underlines the importance of new research showing what kinds of green spaces best promote well-being.

Andrew Brown spoke with McCay by phone about how parks and nature influence mental health in cities, how that influence is currently studied, and how greener, healthier cities can be designed from that knowledge. This conversation has been edited and abridged for clarity. 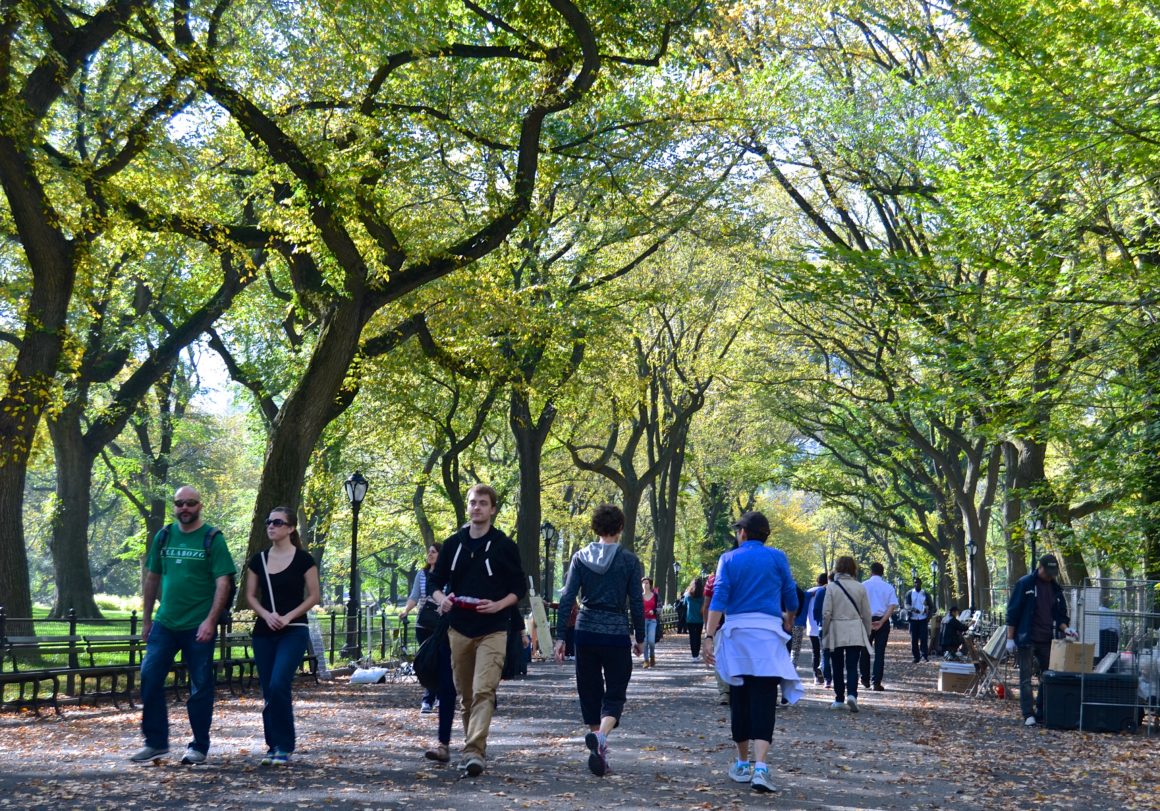 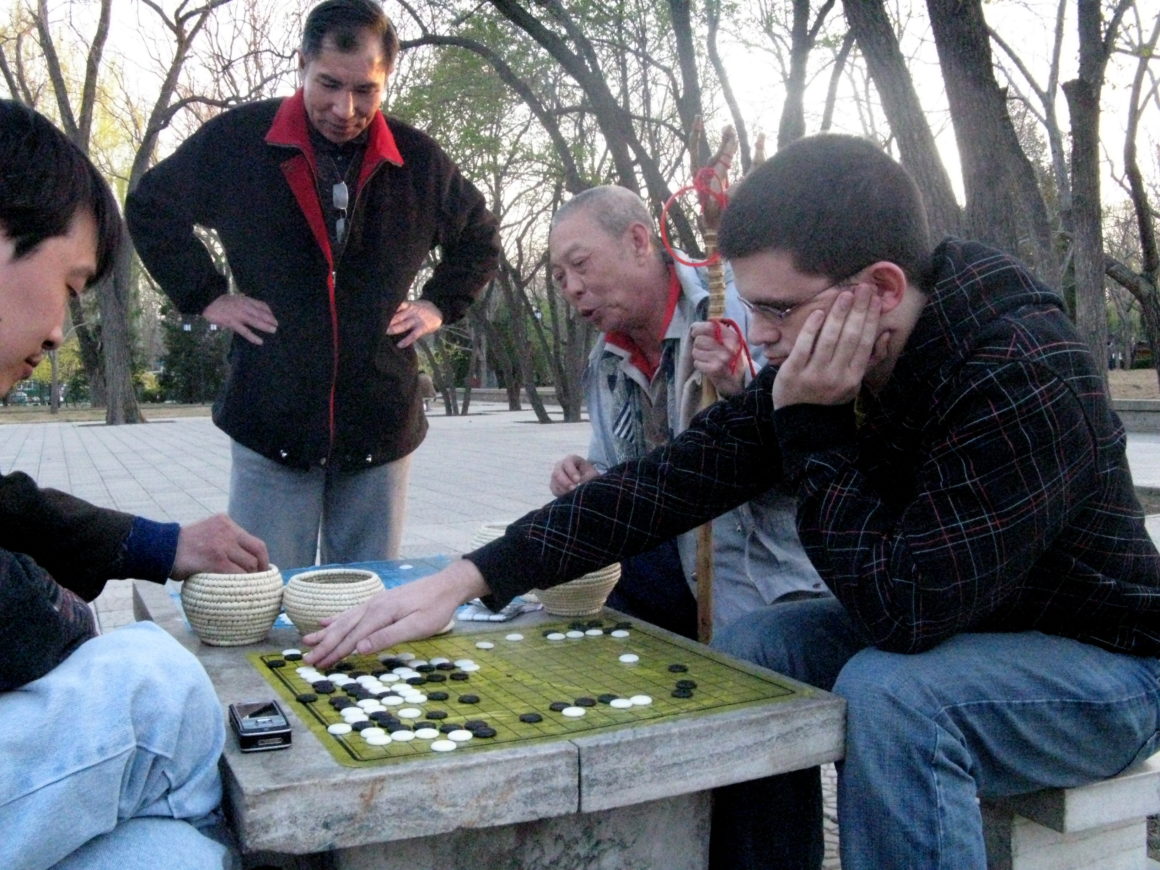 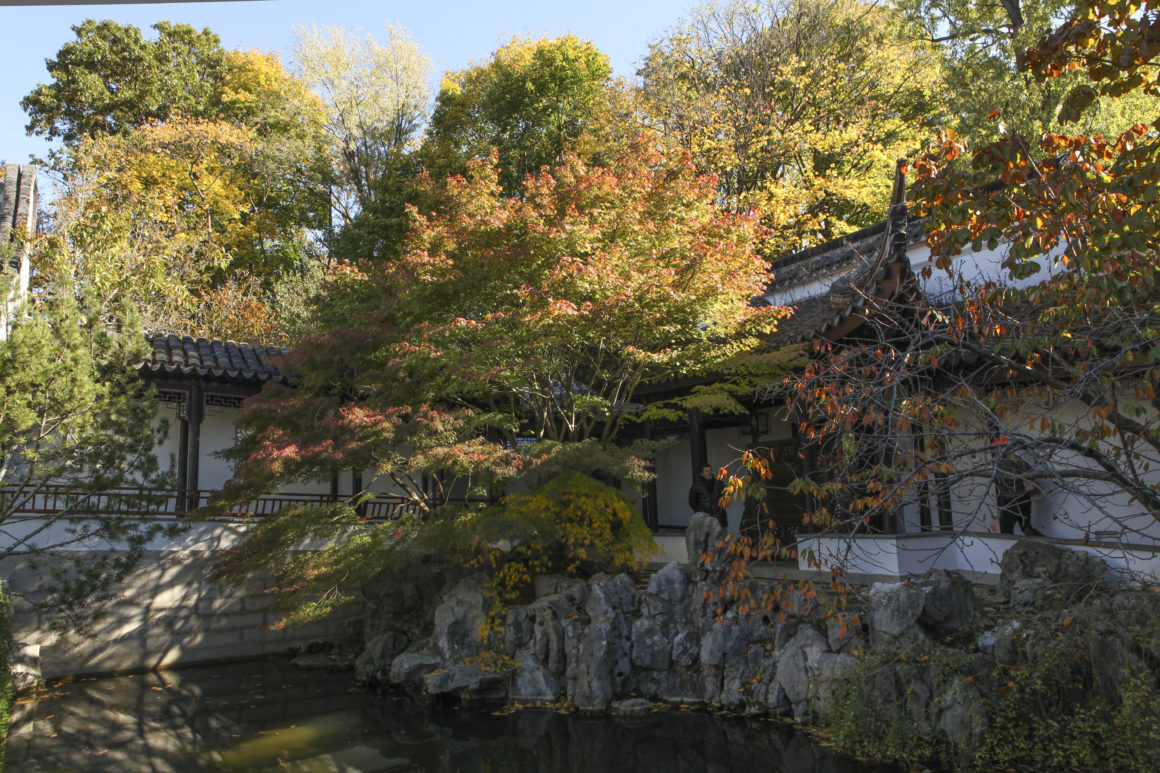 Andrew Brown (AB): From Frederick Law Olmsted-designed parks like Central Park and Prospect Park to little community gardens, could you give us a sense of how people’s well-being is impacted by parks and nature?

Layla McCay (LM): When you think about what benefits parks have on mental health, there’s quite a wide range—reducing depression, stress, anxiety, as well as certain symptoms of dementia and ADHD. And nobody really knows how it works. There are a few different theories. The most popular is probably attention restoration theory, which is about the green space of a park facilitating attention without concentration. Whenever you’re in the city, everywhere you look, things are designed to make you think or feel or act in certain ways, and that demands a certain level of concentration even if it’s subconscious. When you’re in a natural surrounding, you are reaching a happy medium where your brain is able to see the chaos of nature and really pay attention to it without having to concentrate too hard.

Research has been done in hospitals showing that people heal more rapidly from both physical and mental disorders when they have a view of greenery rather than bricks and concrete: It really shows a measurable impact on health. People started to realize the opportunity of urban parks. Greenery is certainly one aspect of it, but at the same time, the research tells us that you can’t just create greenery and assume it’s going to suddenly make everybody feel happier.

There are lots of other elements. A big element is the management of that green space. If it feels dangerous and unwelcoming then it can have less of a benefit. Equally, there’s more research suggesting that perhaps you can over-manicure a place as well.

Another thing is physical activity. We know that physical activity is very closely linked not just to physical health but also to mental health. A research study a while back showed that regular exercise can be as effective as antidepressants for some, and being able to integrate exercise into your daily life is a really big urban design opportunity. So when you’ve got a park, you are better able to get mental health benefits from it when there are opportunities to walk around it. For example, lots of people are designing trails or circular trails into parks to encourage people to move. Of course, areas for sports, walking, and gardening give you the opportunity to be doing active things during the course of your visit.

And let me tell you about pro-social space as well, because that’s really important: making sure public space facilitates and encourages positive, natural social interaction. There’s a real opportunity for parks to be designed in ways that encourage interaction through amenities like outdoor chess tables and outdoor gyms. Also having spaces that can be used for public events that bring neighbors together.

AB: It sounds like you’re saying a defining characteristic is having a diversity of options within the park, but what about scale?

LM: Scale is an interesting question. People are always asking me, “So you say a green space is good for mental health. What amount of green space? A dose of green space? As an architect, how do I know?” And we don’t have the research that tells us that as yet.

There was a very interesting study published in the Journal of the American Medical Association (JAMA) that was the first randomized control trial looking at green space and feelings of depression. And that’s really interesting because so much research in this field is done on more of an observational basis. You’ll make a change, and then you’ll observe what the difference is. But in a randomized control trial you randomly assign different changes, then you can follow everyone through and see not just whether there’s an association but whether there’s an actual cause.

[The researchers] found very small spaces in Philadelphia that just weren’t being used and were a bit downtrodden and variously run-down. They did nothing to some sites, but they tidied up others and greened some. Even though they were quite small, they still had significant, measurable impacts on depression, which is probably some of the first really causative proof we have. That was in smaller spaces.

But the wider research does seem to indicate that any sort of green space can be good for you, even if it’s just a view from the window. But if it’s big enough to be able to walk in it so that you’re essentially immersed in green space, that is likely to have a greater benefit.

AB: Is that a way of thinking of immersion in nature? If it’s big enough to walk into it, we can say that you’re immersed?

LM: Well, “immersed” is a challenging word. I was based in Japan for a while, and they have this concept of forest bathing.

Their concept of being immersed in nature is that all five of your senses are fully experiencing nature at the same time, and they designed forest trails to specifically deliver that experience. If we’re talking about immersion, that would be the gold standard of immersion.

But immersion is not always what people want. Being out in the forest can also produce feelings of anxiety and fear that you’re going to get lost, things like that. My own personal opinion is that sufficient immersion probably comes when everywhere you look, you see nature.

AB: What about gathering further evidence of nature’s impact? How do we build the evidence base? How can we do it a bit better? There’s some exciting work happening with smartphone apps to assess how people are being affected by the built environment in real time, for example. Are there any other sorts of technologies or new cutting edge techniques of observing people that interest you?

LM: Essentially there are two main technologies that are currently working. One you see are the apps being used for study, and then there is also the EEG [electroencephalography] to measure electrical activity in the brain. Both of those are very interesting and promising. But from my perspective as a psychiatrist, I feel that they deliver an understanding of how people are experiencing space within a moment. They are less effective at delivering an understanding of how that space affects somebody’s mental health over time. To do that I really think that architects and planners need to be partnering with university departments of public and mental health where they can really design some valid research methodology. Architects quite often do a lot of preliminary research, but due to the nature of architecture projects, you don’t usually have the opportunity or the funding to return and look at those projects and see what effect they had.

AB: From the perspective of health and equity, do you believe a public park can offer benefits to everyone from a person experiencing an off mood all the way to someone who’s dealing with dementia, Alzheimer’s, or someone who’s recovering from trauma? Can needs that diverse and serious somehow be served?

If you think about a city in terms of what it does to your mental health, what’s the reason that everybody doesn’t have depression? It’s because they have resilience, and for some people that can help them overcome any potential risk factors they might encounter, such as the stressors of living in a city.

Now how do you remain resilient in relation to these stressors? It’s really about the different prevention factors that exist. If one of those is green space or physical activity or positive social interaction and a park can help deliver those things, then a park is a preventative tool that is helping at every stage of mental health—because it’s not like you can be entirely mentally well or entirely mentally ill. There are always opportunities to help people increase their resilience, regardless of where they are on that spectrum.

Well-designed urban nature has huge potential to benefit people’s mental health, but I would want to caution against people assuming it’s a panacea. There are all sorts of factors that contribute to mental health challenges, and they are not going to be fully solved by having the best green space that you can possibly have. It’s just a contributing factor—a factor that can reduce the risk of mental health problems and improve people’s quality of life. It’s not that hard to design studies to understand more and more about the different specific factors that are beneficial within a green space.

AB: To build healthier parks and cities along the lines we’ve been discussing, people responsible for the built environment need to have an idea of what mental health means and how it intersects with their work. When you look at the projects that are coming online around the world or some of the projects that fellows at the Centre for Urban Design and Mental Health are working on, are you optimistic that the gap between the understanding of mental health on one side and the building of cities on the other is coming together?

LM: There’s a challenge in understanding what exactly is meant by good mental health. I like the World Health Organization’s (WHO) definition. First of all, it’s not just the absence of mental illness. It’s the ability to empathize and recognize, express, and modulate our emotions to cope with challenges and enjoy life. From a planning perspective, the definition of mental health from the WHO also begins to describe what you want for an urban population: a state of well-being where every individual realizes their own potential, can cope with the normal stresses of life, work productively and fruitfully, and make a contribution to their community. These are the things you want for your whole population, and selling it from that angle is quite persuasive.

In particular, the work that’s being done on dementia is very interesting. We have aging populations in many cities around the world, and designing in order to increase the quality of life of people who have dementia is going to be a really big opportunity in the future. Similarly, designing to help people cope with the stresses of urban life and increase their mental resilience is a really big prevention opportunity. Increased investment is sure to come as people realize its potential benefits.

At the moment, we don’t have all the specifics of what that should look like, but we know from existing research that having close access to green space from where people live—green space that enables interaction and exercise and relaxation—is good for mental health. As research continues, we’ll start to drill further and further into the details of exactly what that should look like in cities.