Aaron Betsky presents a sweeping vision of how the US may improve existing infrastructure and build greater value into the new.

The idea of rebuilding America’s infrastructure often inspires ambitious plans and political promises, but grand aims are so often hobbled by flawed execution. Projects like the “Big Dig” in Boston or the San Francisco Bay Bridge’s eastern span are infamous due to massive delays and cost overruns. For our final perspective, Aaron Betsky recommends that the United States rethink its approach to getting the infrastructure it needs. He presents a sweeping vision of how, through new technology and design, the nation may find ways to improve the performance of existing infrastructure and build greater value into the new. Betsky also imagines a future where design interventions may be small, flexible, and tactical in nature, but, when linked together through thoughtful and inspired planning, may yet achieve an impact that is greater than the sum of their parts. 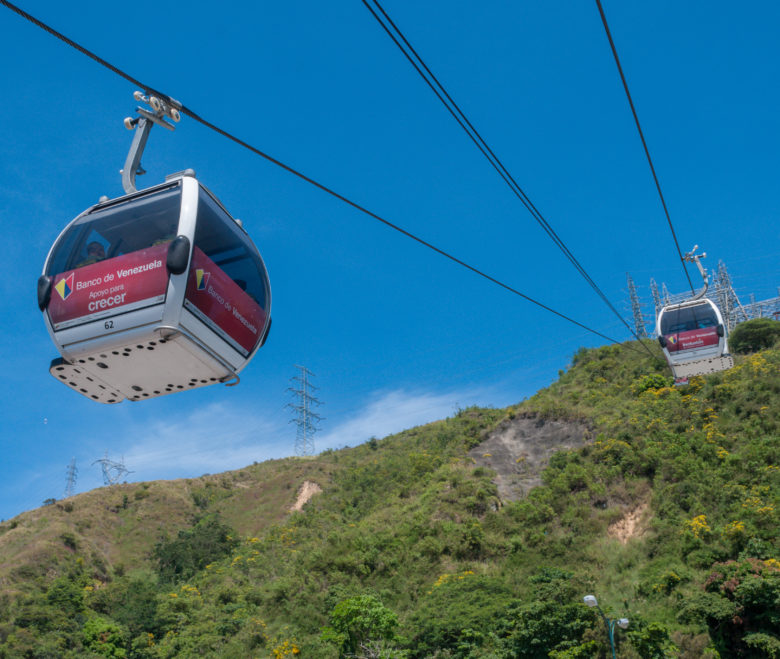 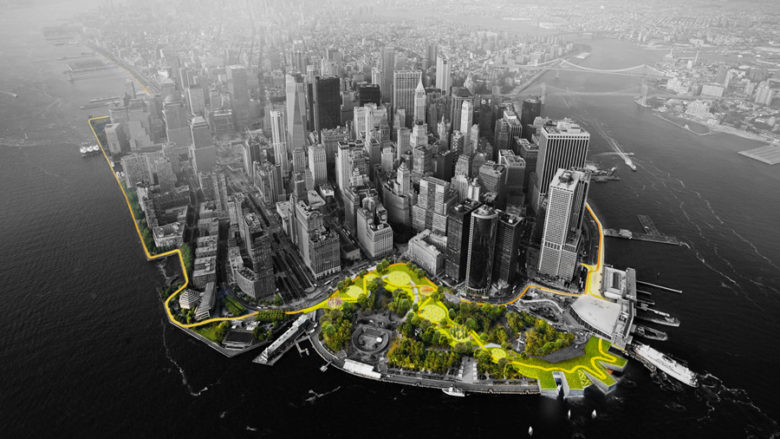 The BIG U proposal for the Rebuild by Design competition. Photo: BIG

Across the country, roads, bridges, and tunnels are falling apart; airports are overcrowded and unable to handle the volume of traffic they attract; congestion is wasting millions of hours of productive time and millions of tons of non-renewable resources from the tailpipes of idling cars; uneven development is isolating the poor in places without adequate public transportation or services.

It would be nice to imagine that we could solve all these problems with grand gestures. Unfortunately, that is not only impossible, but unwise. First, support for a $1 trillion infrastructure plan, even if it leverages tax credits to spur private investment, is uncertain given very divergent views within Congress about the need for any federal involvement at all. Second, given that Congress hasn’t raised the federal gas tax since 1993, the burden of supporting our infrastructure will shift even more to local and state governments. To improve their infrastructure, some urban areas may be able to attract financing. But because private investors will only select profitable projects, poorer suburbs and areas beyond dense urban cores may find themselves left out, leaving them more isolated and unequal in their distributions of resources. Furthermore, the benefits of privatizing public services have been ambiguous, proving so expensive that in some cases (Coeburn, Virginia’s water system) communities have reversed course, while in others (Indiana Toll Road) the companies and banks involved have crept away in defeat.

So, what, then, is to be done? Here, designers and planners have the opportunity to propose smart solutions. Though many of us see infrastructure as massive, inflexible, and expensive, great designers can apply their imaginations to improving existing infrastructure. Innovative design can increase performance and add types of use, or conceive new projects altogether that provide flexibility, vary in size and cost, but still do much to improve mobility, reduce pollution, give shelter from extreme weather, or better connect people within and between communities.

Perhaps first, innovators should turn their attention toward smart technologies that can help us get more from the infrastructure we already have. Airlines and airports are using technology to increase efficiency of their services, scheduling, and pricing in ways that, though sometimes painful for the consumer, are rather brilliant in optimizing the use of materials and personnel. The fact that you don’t have an extra seat next to you on the plane is, from that perspective, a good thing, as the airline company is not wasting fuel flying an empty chair. In the future, the airlines may rely on laser guidance and satellite tracking to sequence planes more efficiently, so they can both fly more directly and closer together.

Additional funding for investigations into materials and methods could connect us in more flexible and sustainable ways. That means, for instance, looking at the ways in which we put roads together. In Europe, there are many experiments with new forms of expanded asphalt—road surfacing materials made by harvesting and processing existing asphalt. They are made out of recycled materials and let water drain through so that it can be collected and recycled, absorbing up to 90 percent of the tire noise, which, in turn, is 70 percent of all highway noise. They can eat pollution and, even, through either absorption and conversion of kinetic energy or embedded solar panels, produce energy. All of this would mean that we could get more use out of our existing roads, and they would be less wasteful and less of a nuisance to those who have to be their neighbors.

Beyond new materials, designers may also conceive of new ways to eliminate the need for roads altogether. Though not appropriate in all cases, cable cars, in municipalities like Caracas, Medellin, and several other South American cities, are an attractive alternative. Reducing the size of not only cars, but also everything from buses to fire trucks—a challenge given that their uniformly monster size is determined by unions and regulations—could further mitigate the need for new road construction. In the case where roads are already planned, they may add value in more pragmatic ways, such as the plans for the extension of the I-15 highway from Las Vegas to the Mexican border, which is supposed to provide room for high-speed trains and green spaces as part of the initial construction.

They may take action in small ways that are temporary in nature—in the manner of the “parklet” movement—or join the long slog by sitting on committees and boards responsible for infrastructural improvements. The BeltLine around Atlanta is a good example of how both these tactics may come together effectively. Designers came up with the idea of providing small, temporary parks and amenities along an abandoned transportation corridor that, when combined with new street car routes and connected transit, could stitch together Atlanta’s far-flung suburban communities. The project showed how designers may start with small, temporary elements and, through smart planning, provide larger and potentially more impactful projects, even if they are never built.

Examples of such visions abound. Probably the most inspiring construction now underway are projects conceived through Rebuild By Design. The post-Hurricane Sandy design competition awarded $930 million to projects that strengthen the New York metropolitan area’s ability to withstand rising water levels. Altogether, the project features many different components, including the necklace Bjarke Ingels has designed for lower Manhattan, combinations of parks that will act as buffers and dykes, storage sites for excess water, and small-scale interventions at the street level to improve drainage. In other words, there is work to be done, but his is not a time for grand gestures. This is a time to be smart, be creative, and stay flexible.

A prolific architecture critic and commentator, Aaron Betsky contributes frequently to design publications and has been vocal advocate of design as a tool to bring communities together. He has worked as a designer for Frank O. Gehry & Associates and Hodgetts + Fung, and served as the director of the Netherlands Architecture Institute, the Cincinnati Art Museum, and the 11th Venice International Architecture Biennale. He is currently director of Virginia Tech’s School of Architecture + Design.