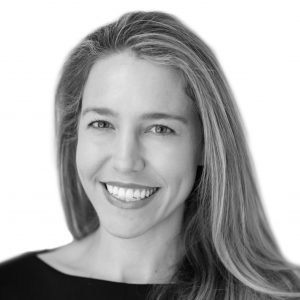 Robin Ried has more than 10 years of experience as an urban planner working on projects in cities across China, India, Europe, North America and Latin America. At Bloomberg Associates, Robin works with clients to develop implementation-oriented urban planning strategies and to plan signature, transformational projects.

Before joining Associates, Robin was the Head of Urban Development and a Global Leadership Fellow at the World Economic Forum. In her position, Robin conceptualized, launched, and led the organization’s urban development initiative. This included leading a group of 100 experts and private sector executives in pro bono consulting engagements with cities around the world; the publication of a book series called Urban Anthologies; and convening Mayors of 15 major cities at the organization’s Annual Meeting in Davos, Switzerland to structure long-term collaborative projects.

Robin received a B.A. in Urban Studies from Brown University and a Master of City Planning from the University of California, Berkeley. From 2004 – 2005 Robin served as a Fulbright Scholar to help the City of Barcelona analyze the economic and environmental impacts of a large-scale neighborhood redevelopment project. Previously she also worked for the cities of San Francisco and Providence, U.S.A.