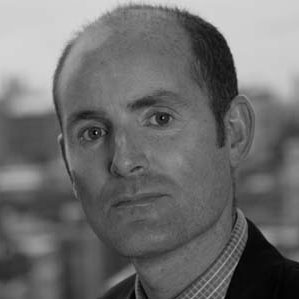 Ray Quinn is a Principal in the New York office of Arup, a global firm of engineers, planners, designers and consultants. He joined Arup in London in 1990 following undergraduate and graduate studies in engineering at the University of Dublin and University of London, King’s College, and a short career in manufacturing industries in the US and the Middle East. He  has worked in the New York office of Arup since 1993 and has held numerous leadership positions in the firm, including managing partner of the New York office, Board member of Arup’s Americas Region, and membership of Arup’s global HR executive. Ray also is an MBA graduate of International Institute for Management Development (IMD), Switzerland.

Building on his studies of the geology and landscape of his native Ireland, his professional practice has allowed him to develop a deep interest in all aspects of the built environment and the related social and economic forces. His designwork ranges from planning and master planning studies to collaborating with some of the world’s leading architects on the design of iconic buildings, and work with artists. He has been involved in projects in the USA, Canada, UK, and several other locations around the world, including in Europe, the Middle East and Africa. His particular focus is the design of complex building HVAC systems, both passive and active, and the integration of building services engineering and great architecture.  He has been a LEED® Accredited Professional since 2002, and has led the design of numerous low-energy and sustainable designs. Notable projects include: London International Financial Futures Exchange, UK; Acropolis Museum, Athens; La Chiesa di Dio Padre Misericordioso, Rome; Austrian Cultural Forum, New York; Prada Epicenter, New York; New Museum of Contemporary Art, New York; Seattle Art Museum, Seattle; Halle des Arts, Institut Le Rosey, Switzerland; Pearson Airport, Terminal 1, Toronto; jetBlue Airways, Terminal 5, JFK International Airport; Reichstag sign, Jenny Holzer; Cloud Cities at the Met, Tomas Saraceno; and, Judd Foundation, New York.