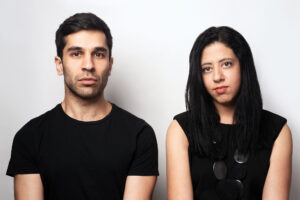 New Affiliates is an award-winning New York-based design practice led by Ivi Diamantopoulou and Jaffer Kolb. We have completed a range of work, from ground up projects to interiors to exhibitions and installations for institutions including the New York’s Jewish Museum, the Shed, and the Canadian Center for Architecture.

Alongside commissioned work, we look to initiate projects and collaborations that focus on matters of reuse within a context of material excess, particularly as it relates to current standards of practice. For this work we have collaborated with various branches of the New York City government, including the Departments of Sanitation and Parks and Recreation.