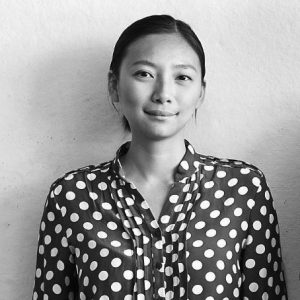 Jing Liu is Founding Partner and Principal of SO – IL and an avid educator.

A native of China, Liu received her education in China, Japan, the United Kingdom, and the United States, concluding with a Master’s of Architecture from Tulane School of Architecture in New Orleans. During her time in New Orleans, Liu has focused on the social impact of urban renewal projects, specifically in the dislocation of urban low-income housing – a topic she continues to research through her teaching today.

Liu has been a faculty member at The Graduate School of Architecture, Planning and Preservation at Columbia University since 2009, and advises the Master’s thesis at Parsons The New School of Design. Liu is a board member at Van Alen Institute, a non-profit organization based in New York City. The Institute collaborates with communities, scholars, policymakers, and professionals on local and global initiatives, investigating the most pressing social, cultural, and ecological challenges of tomorrow.

Jing Liu co-founded SO – IL in 2008 with an emphasis on building cultural projects as an indispensable part of urban infrastructure. Her projects include Frieze Art Fair in New York City, Kukje Gallery in Seoul and the CTF Museum in Hong Kong. Liu is actively involved in the office’s interdisciplinary research projects, including the Stillspotting event with the Guggenheim Museum, Pollination at the Chengdu Biennale, and the Spiky series at the China International Architectural Biennial. Through these projects, she has led the SO – IL team to explore new fabrication methods and to confront the sociopolitical issues of urban space through mediums outside the conventional architectural platform.