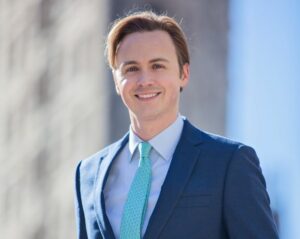 James Mettham is the Executive Director of the Flatiron/23rd Street Partnership. He most recently served as Managing Director of Finance & Operations at the Downtown Brooklyn Partnership where he oversaw the operations and finances of the central business district’s local development corporation and three BIDs. Prior, James served as Assistant Commissioner for the NYC Department of Small Business Services (SBS) Neighborhood Development Division, and as SBS’s Executive Director of the Business Improvement District Program where he provided oversight and support to the city’s network of BIDs including the coordination of more than $120 million in annual assessment funds to them. James holds a Master of Urban Planning from New York University’s Robert F. Wagner Graduate School of Public Service and a Bachelor of Arts from the University of Pittsburgh.