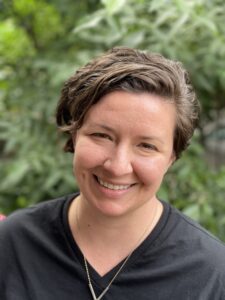 Drawing on her background in theatre and psychology, Francesca’s design work is attentive to people’s interaction with space, considering both an individual’s well being and their aesthetic experience.

Francesca is a founding Principal of Sighte Studio, an Architectural Lighting Firm started in Gowanus in 2016. Since its inception, Sighte Studio has included research on lighting in the public realm as a core part of its mission. Their longitudinal survey of public lighting in Gowanus is an ongoing project that will track the impact development has on the character, feel, and perceived accessibility of a neighborhood.

Originally from Caracas, Venezuela, Francesca moved to the United States to attend Smith College, where she received her BA in Theatre and Psychology. Following her undergraduate work, Francesca earned a Masters degree in psychology from Lesley University and in 2010 graduated from Parsons School of Design with an MFA in Lighting Design. She completed a thesis that focused on creating lighting solutions for underserved populations, for which she received the Richard Kelly Grant. In May, 2016 Francesca was named among the list of 40 Under 40 by Lighting magazine.