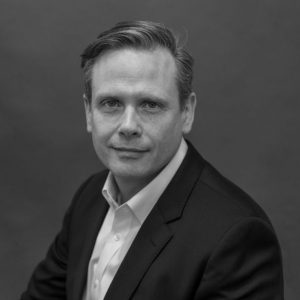 Casey Jones is the firmwide Director of Civic Projects at Perkins and Will. For over 20-years, Mr. Jones has been a leader in the movement to improve the quality of civic architecture and the built environment. Before joining the firm, Mr. Jones was Deputy Director of the Bureau of Overseas Buildings Operations at the U.S. Department of State (a Deputy Assistant Secretary-level position) where he was responsible for a $13 billion design and construction portfolio that included the renovation of the Department’s historic properties worldwide, as well as their new embassies and consulates. At State, he helped create the Excellence in Diplomatic Facilities initiative, which ushered in a new era of diplomatic facilities aimed at elevating the quality of embassy projects while simultaneously ensuring their cost effectiveness.

Prior to serving as the Deputy Director, Mr. Jones worked simultaneously as the Director of Design Excellence at both the U.S. General Services Administration and the U.S. Department of State—the only person in the history of the federal government to hold both positions at the same time. At GSA, he oversaw the development of the U.S. Government’s courthouses, federal office buildings, and border crossings, fostering excellence in federally-commissioned architecture and design nationwide. During his tenure, the agency won more awards for design quality than at any point in its history

Earlier in his career, Mr. Jones was the first Associate Director of Van Alen Institute, a leading architectural and urban design research center in New York City, which sponsors design competitions, workshops, research initiatives, public lectures and forums aimed at improving urban environments. Mr. Jones is also a fellow of the Design Trust for Public Space, where he teamed with Friends of the High Line to produce “Reclaiming the High Line,” the study that convinced the City of New York to save the derelict rail line on Manhattan’s West Side and led to the creation of the now-celebrated park.

He is a former principal in the design consulting firm of Jones|Kroloff, which he established with Reed Kroloff in 2005. During his tenure with the firm, he assisted numerous universities, cultural institutions, and civic organizations in crafting or strengthening their design and construction initiatives. Among his accomplishments, he conceived, directed, and hosted the History Channel’s visionary, two-year “City of the Future” competition, helped the cities of New Orleans and San Antonio launch design initiatives for new city parks, guided numerous universities and cultural institutions through their architect selections, and worked with Global Green on sustainable housing and infrastructure for post-Katrina New Orleans. In 2008, Jones|Kroloff collaborated with architect David Rockwell to design the lead exhibition for the Venice Biennale “Out There: Architecture Beyond Building”—a digital installation in the historic Arsenale entitled “Hall of Fragments.”