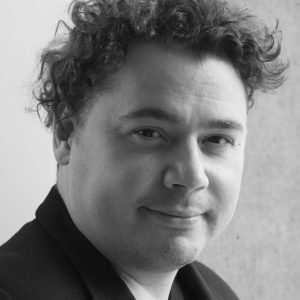 An architect, Alfredo is a partner at Allies and Morrison, the London-based architecture and urbanism practice. He leads on the design of a broad range of projects from conceptual stages through to completion both in the UK and abroad. This work includes the ongoing development of several innovative high-density neighborhoods in different parts of London. Alfredo has been in charge of several of Allies and Morrison’s international projects, leading commissions and competitions in India, Lebanon, Denmark, Germany, Oman, Italy, Canada, and the US. In Beirut, he oversaw District//S, a new residential quarter on the fringe of the Lebanese capital’s historic center. Alfredo is also at the helm of the multidisciplinary team designing Muscat’s urban extension, a new low-carbon city which will have a resident population of sixty thousand; and most recently, he has been involved in the practice’s first works in North America. Alfredo studied at the Universidad Central de Venezuela, Caracas, and London Metropolitan University, receiving commendations for his studies in both Venezuela and London.