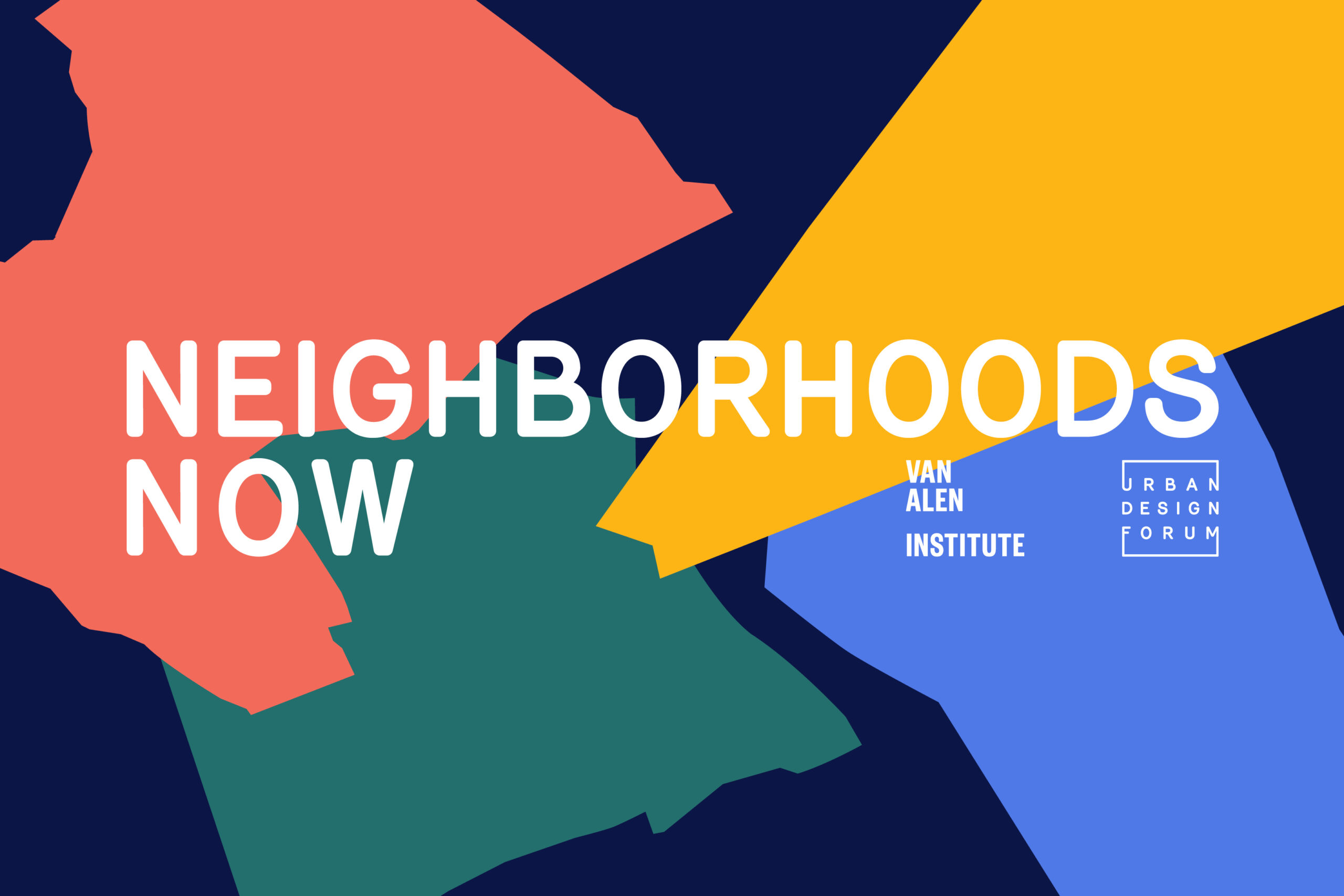 In our 2021 Neighborhoods Now update, presenters from the Chinatown, South Bronx, and Lower East Side working groups shared their achievements, reflections on interdisciplinary practice, and plans to carry their work forward.

Lola Vieira-Sullivan of Banana Kelly Community Improvement Association introduced the South Bronx’s team objectives of reactivating four community gardens and a vacant lot. “Through the Neighborhoods Now project, our goal was to use the process of designing the gardens to find new residents interested in getting involved, create new teams, develop their leadership, and build power among residents in the South Bronx.” By reaching out to residents through door-to-door visits, phone calls, Zoom meetings, and community clean-up days, they “tried to have as much community input as possible so we could include everybody in our plans.”

Our Lower East Side team, led by Fourth Arts Block (FABnyc), talked about how they transitioned from immediate design assistance for FABnyc’s member organizations to working on a vision plan for their next 20 years. Ishita Gaur of Marvel introduced the team’s set of design principles, jointly created at the start of their vision planning. These principles include creating safe and welcoming spaces, amplifying untold stories, and support and building on FABnyc’s established work.

The Chinatown team recapped their pilot “Chinatown Nights” event on June 18, which turned Forsyth Plaza into a lively hub for local food vendors, artists, and films. Alan Chan of di Domenico + Partners noted that the event “became a lot more than an open-air festival. It was really a safe space for the community to reunite and celebrate.” Yin Kong of Think!Chinatown reiterated how important it is to center the Chinatown audience through their programming: “We really want to make sure that art in this public space is of the community…and addresses an inter-generational audience.”

Sreoshy Banerjea leads Urban Design within the Planning Division at the NYCEDC where she guides urban design strategy and manages consultants on visionary master planning efforts. She is the brains behind the Design Corps, which at the height of the pandemic helped restaurants survive by getting pro bono design advice on their outdoor dining setups. She is the recent winner of the AIA NY chapter’s service to the city award. Out of her own initiative, she’s also the founder of ATLAS: a roadmap for telling powerful stories in an RFP proposal. Prior to her time in the public sector, she has worked with a variety of internationally renowned architects, including Rafael Vinoly, and Dattner Architects. Sreoshy has a Master’s in Urban Design from MIT and a Bachelor of Architecture from Rensselaer Polytechnic Institute.

Fauzia Khanani is the founder of Studio Fōr, an architecture and interiors firm based in NYC with projects spanning from New York to Hong Kong and ranging from workplace to community-centered projects. She received her M.Arch from the UC Berkeley and her previous career as a sociologist in public health continues to have a strong influence on how she approaches design. She is a founding member and currently Co-chair of the AIANY Social Science and Architecture Committee. Fauzia is also a cofounder and Board Vice President of Design Advocates and a Core Organizer for the Design As Protest Collective.

Yin Kong 邝海音 is a community-based designer and curator living and working in Manhattan’s Chinatown and the Director/Co-Founder of Think!Chinatown. Think!Chinatown is the culmination of her work in urban design, museum, culinary & cultural instruction, and community engagement. Previously an Urban Curator of the Dashilar Project, she consulted a municipal agency of Beijing on urban revitalization strategies in the city’s historic hutong core. She also spent time teaching at the Black Sesame Kitchen in Beijing and onboard Semester at Sea. She loves sharing Thomas Jefferson facts which she picked up at her time working at Monticello. Yin holds a Masters of Architecture, Urban Design from the Bartlett School of Architecture, University College London and a Bachelors of Arts, Urban Studies from Columbia University. Her work has been presented at the Venice Biennale of Architecture 2016 and the Shenzhen Biennale of Architecture 2007 & 2009. In 2019 she was a fellow of both the New Museum’s IdeasCity and Coro’s Neighborhood Leadership programs. In 2020 she was a David Prize finalist.

Carlos P. Naudon is the President of Ponce Bank and the Ponce de Leon Foundation which was endowed by Ponce Bank to support not-for-profits that contribute to financial, racial and climate equity within the communities the Bank serves. As President for the past 7 years, he has reinvigorated Ponce Bank’s mission to provide financial services to the underserved but highly deserving immigrant communities and low-and-middle income stakeholders in and around New York City. The bank, founded in the Bronx in 1960, is designated a Minority Depository Institution (MDI) as well as a Community Development Financial Institution (CDFI). Ponce Bank is one of fewer than 50 banks achieving both designations in the US, and was recently rated the #1 Latin Bank in the country for community investment by Mighty Deposits, an independent rating resource for mission-oriented banking. Mr. Naudon is also the Immediate Past Chairman of the Brooklyn Hospital Center, former Chairman of the Board of ModernMD, an urgent care facility, and a trustee of the Brooklyn Botanic Garden.

Carol E. Rosenthal is a partner in the Real Estate Department at Fried Frank, specializing in land use and development. Carol has guided developers, businesses, and nonprofit institutions in some of New York City’s most significant development projects and through numerous discretionary land use approvals. With over 25 years of experience, she has successfully prosecuted applications for zoning amendments, special permits, variances, state and city environment quality reviews, landmarked site approvals and other governmental approvals. She has broadbased experience in project development, housing, transportation and joint public-private initiatives, and has represented clients in numerous transactions for the transfer of development rights, government acquisitions and turn-key developments.