Future Ground was a design competition that invited multidisciplinary teams to generate flexible design and policy strategies to reuse vacant land in New Orleans, transforming abandoned landscapes into resources for the current and future city.

Future Ground was a design competition that invited multidisciplinary teams to generate flexible design and policy strategies to reuse vacant land in New Orleans, transforming abandoned landscapes into resources for the current and future city.

Across the world, cities have conquered the vacant lot. The proof is in countless urban farms and stormwater gardens and other open spaces that have thrived in the wake of a demolished structure. But figuring out what to do with vacant land – the unwieldy sum of hundreds or thousands of small, scattered lots – has proven much more difficult. We organized the interdisciplinary design competition Future Ground to bridge this gap, helping the New Orleans Redevelopment Authority (NORA) and its counterparts in cities around the country to rethink vacant land reuse beyond the single lot and to scale up initiatives to have larger, citywide impacts.

Over the course of six months in 2015, the three winning multidisciplinary design teams – NOLEX, PaD, and STOSS – tackled fundamental questions not only about vacant land, but also about creating more equitable cities: How can we build unconventional partnerships to improve quality of life in underserved communities? How can land support businesses that create living wage jobs for residents without college degrees? What future opportunities will exist in neighborhoods with low market demand? The teams’ approaches to job creation, community engagement, and planning for low-density neighborhoods are now informing NORA’s and the City of New Orleans’ plans to create a more equitable, resilient city. We are deeply grateful for the work of the three teams that participated in the competition, and for the tireless efforts of so many others around the city and the country who have shared their expertise with us over the last six months.

Van Alen Institute has synthesized below the six most compelling elements from the teams’ proposals for optimizing vacant land reuse in New Orleans and in American cities struggling with similar issues. 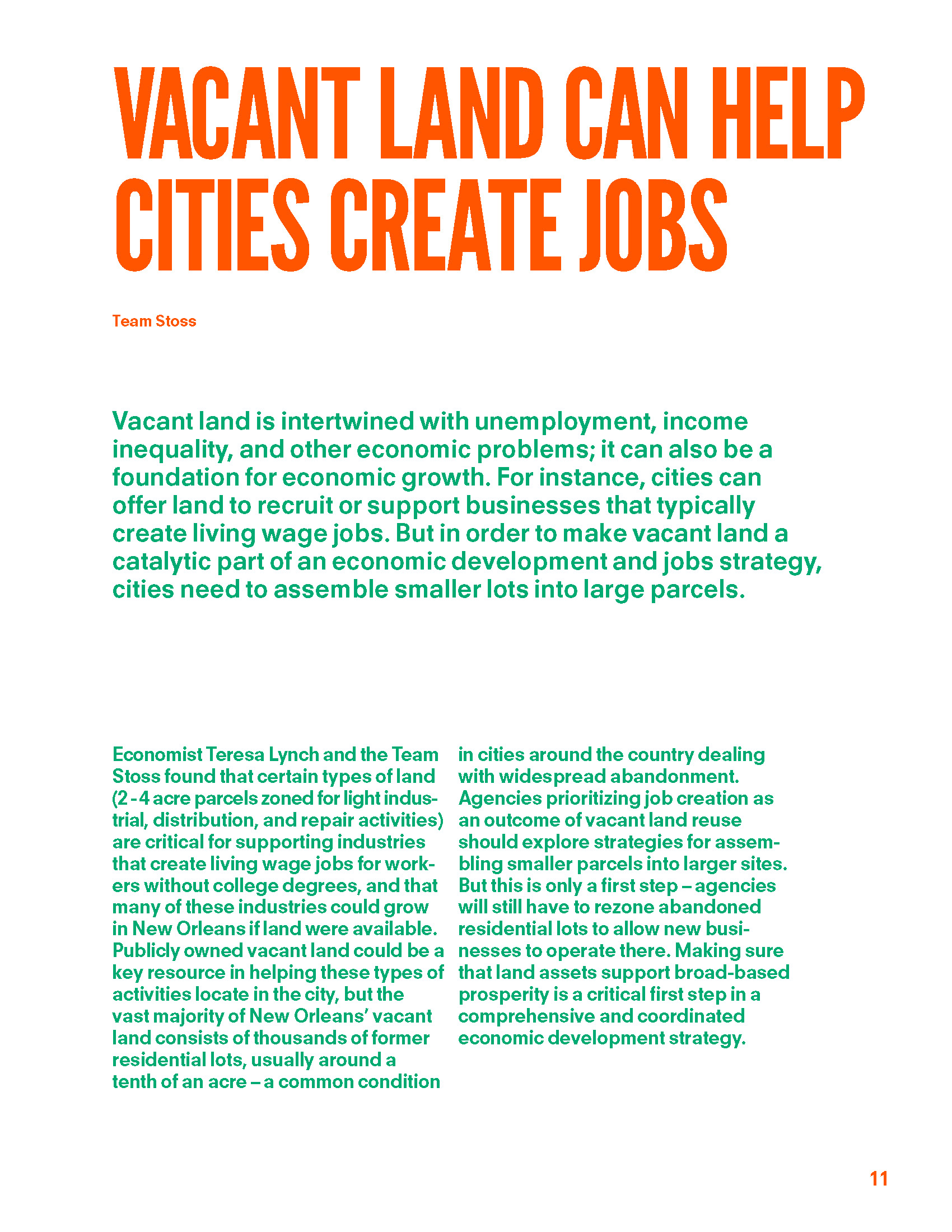 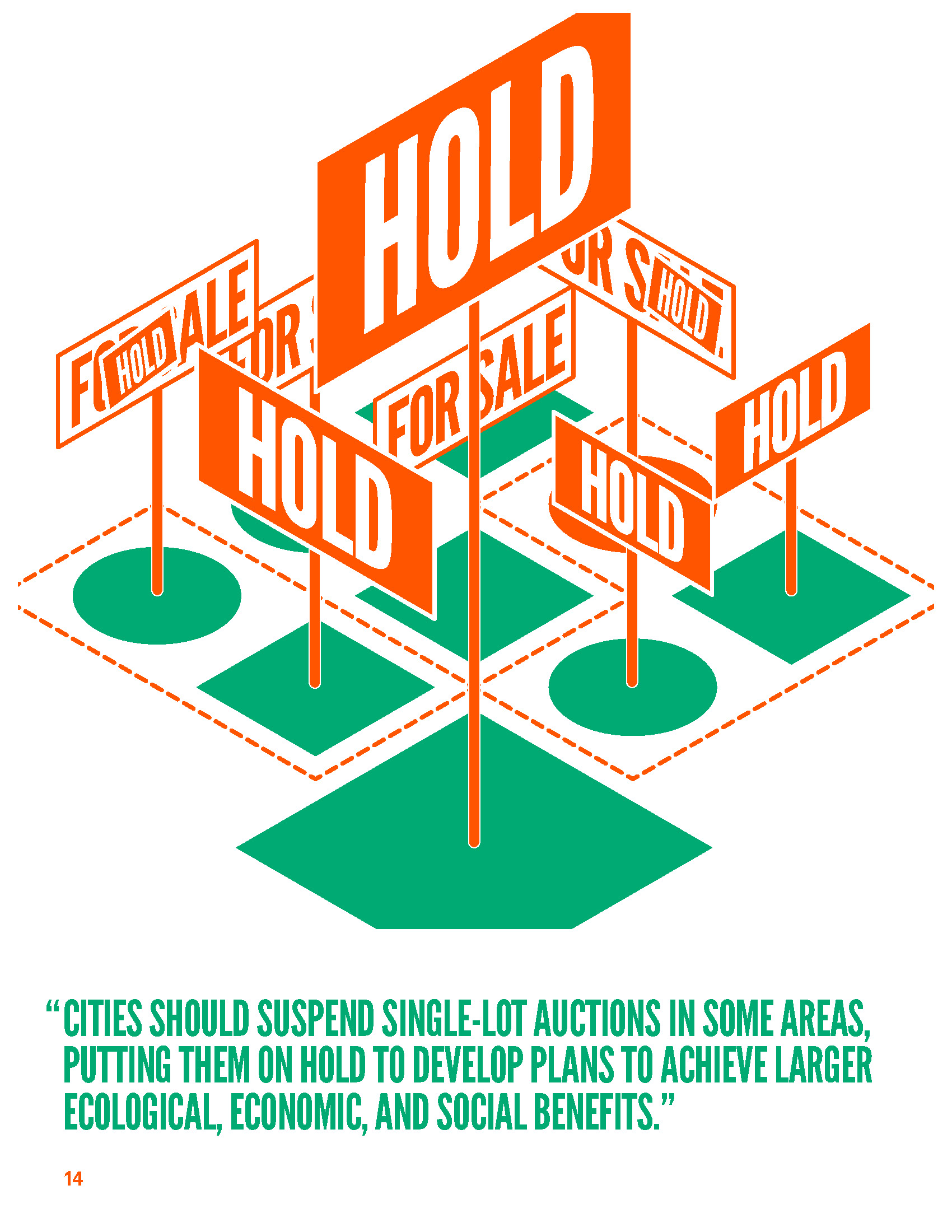 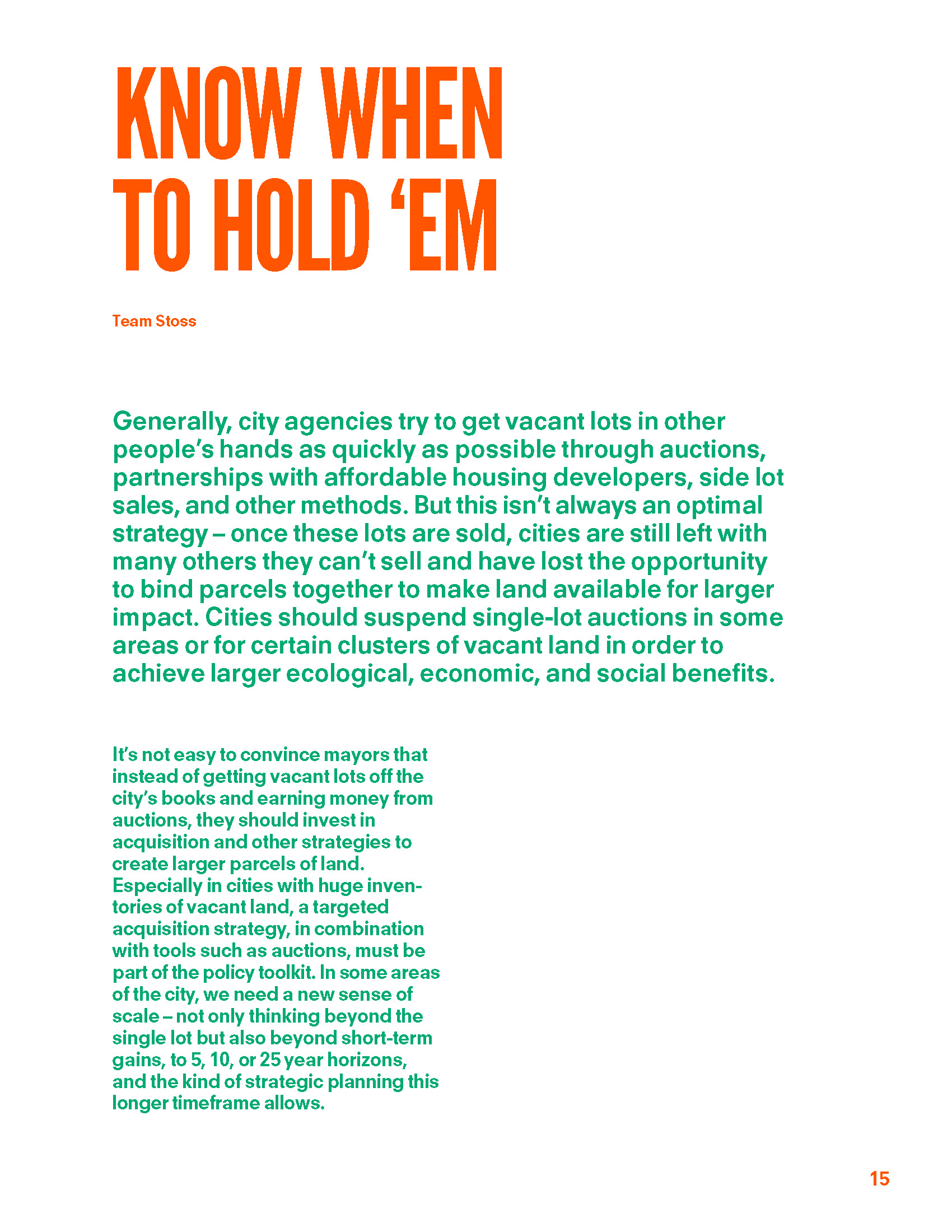 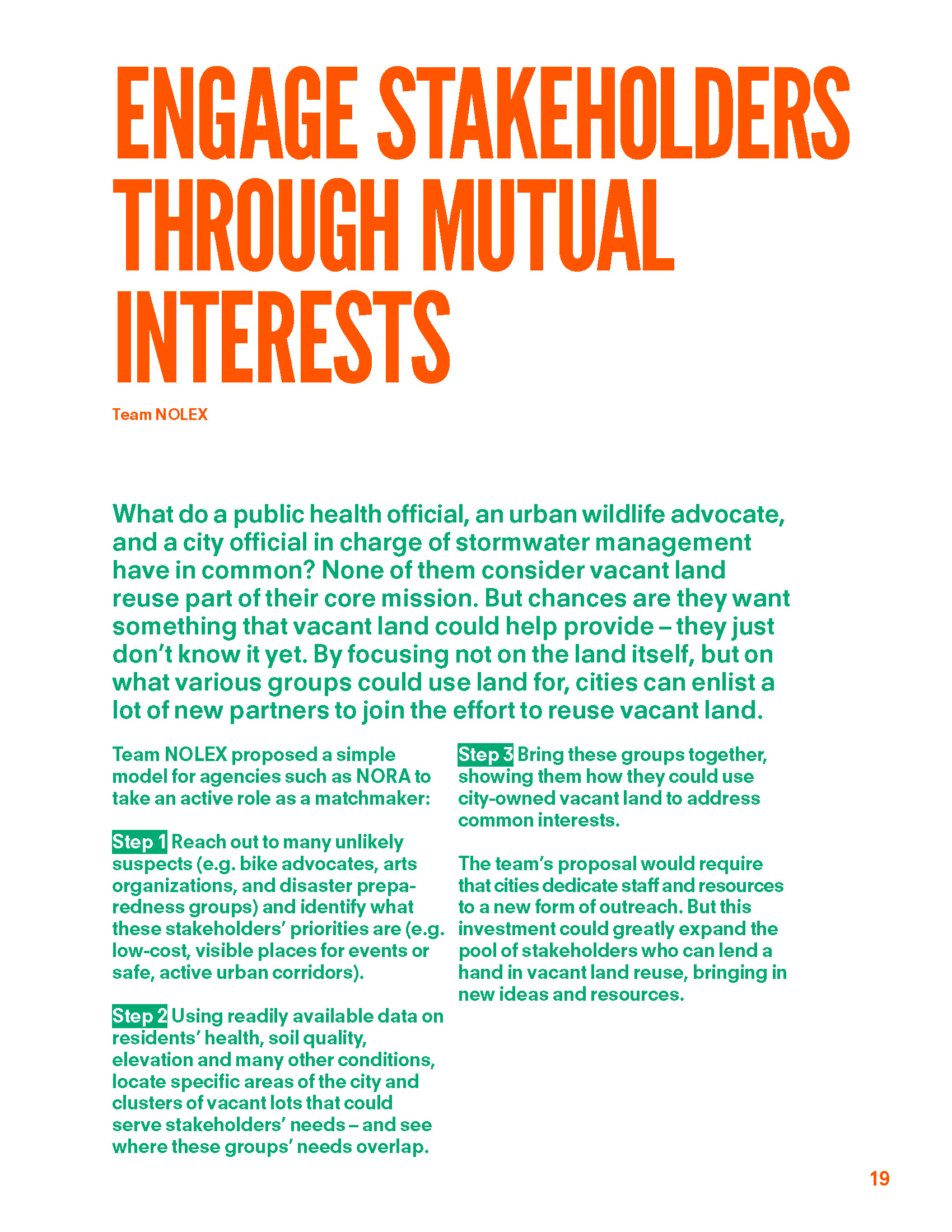 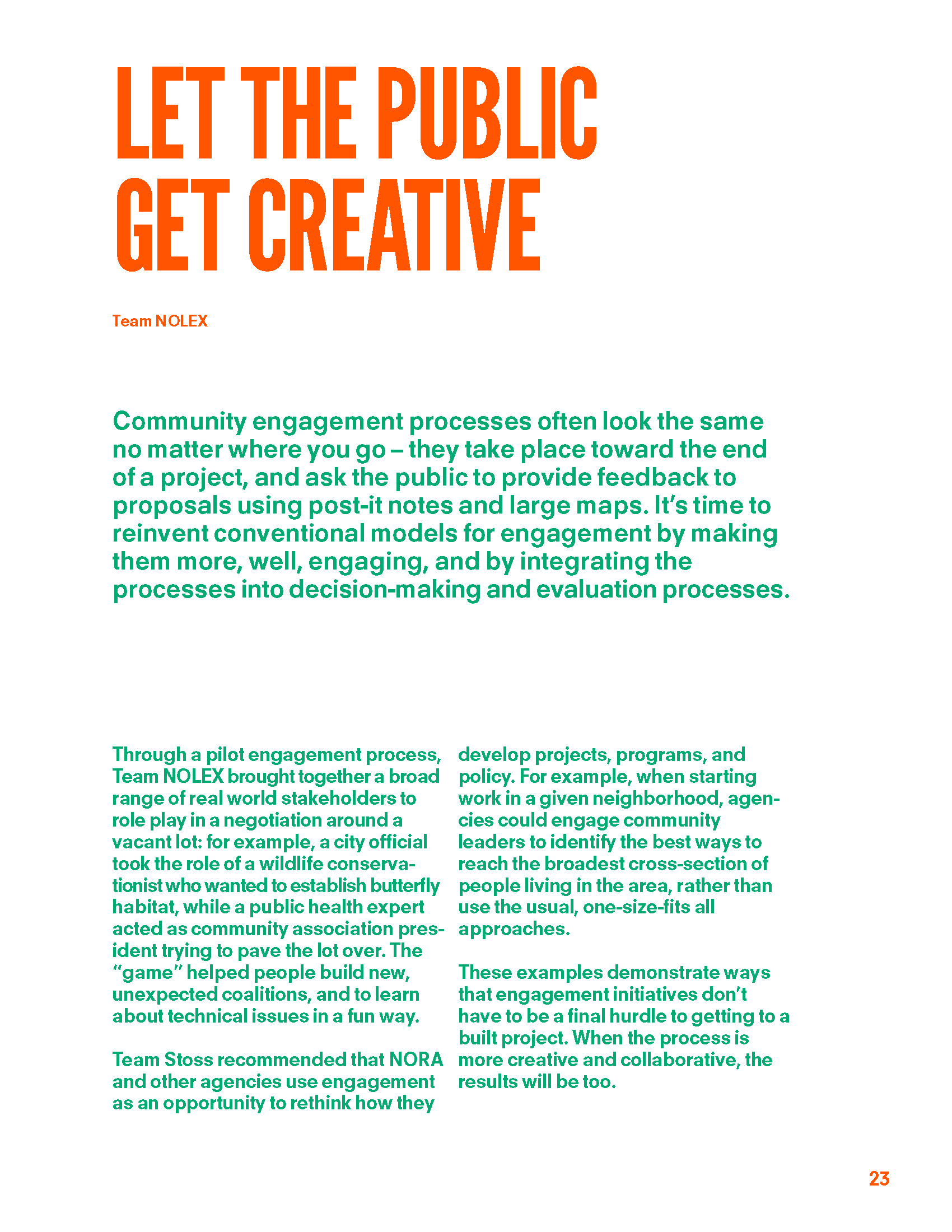 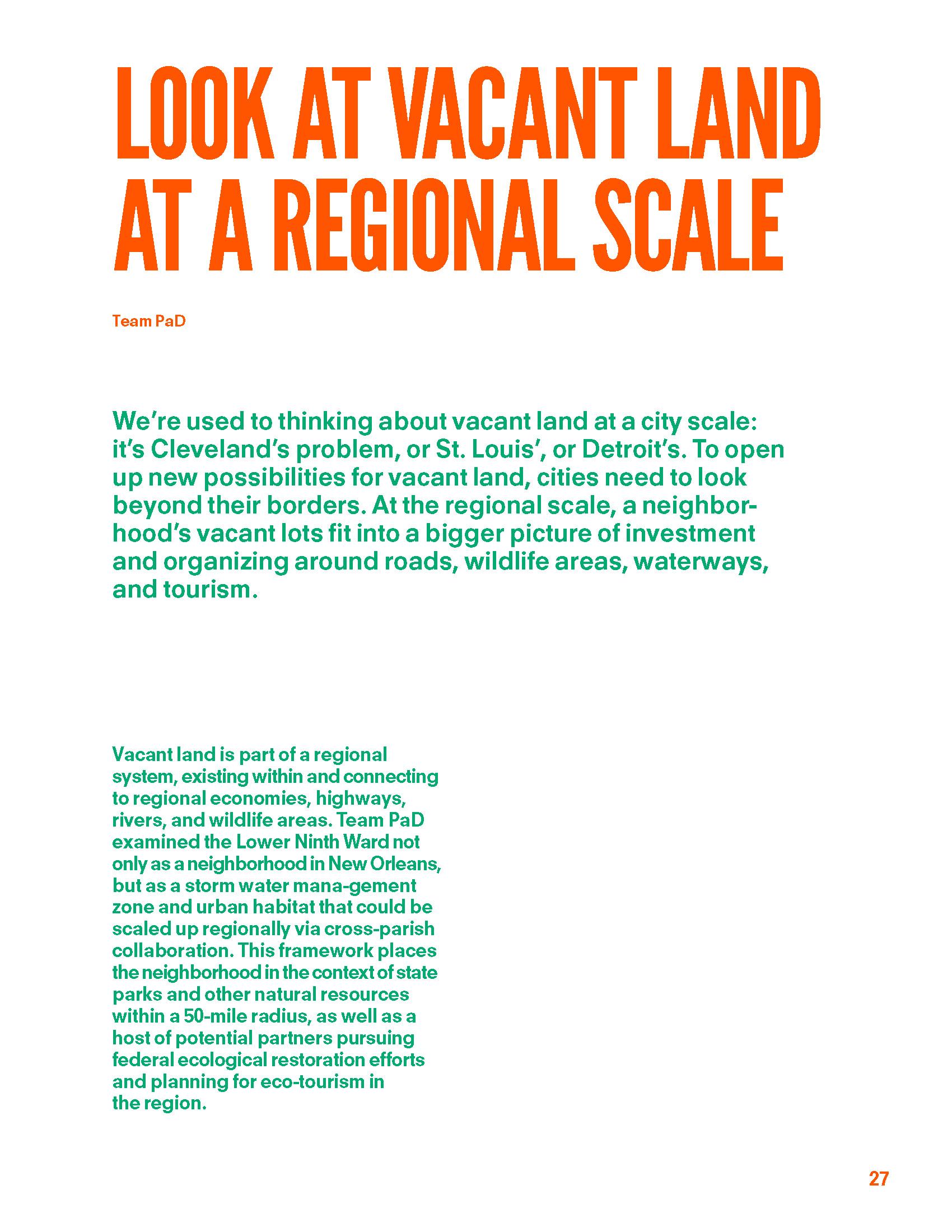 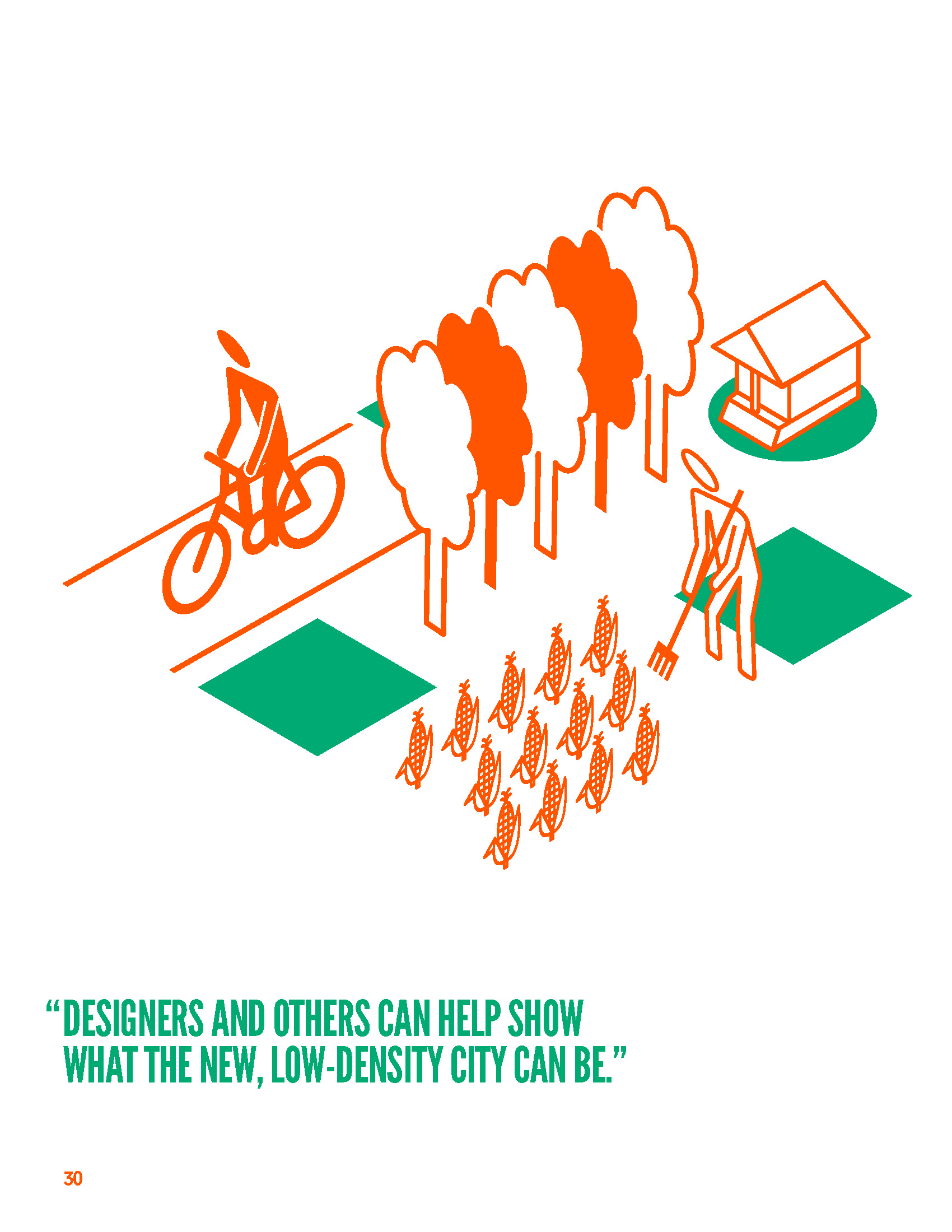 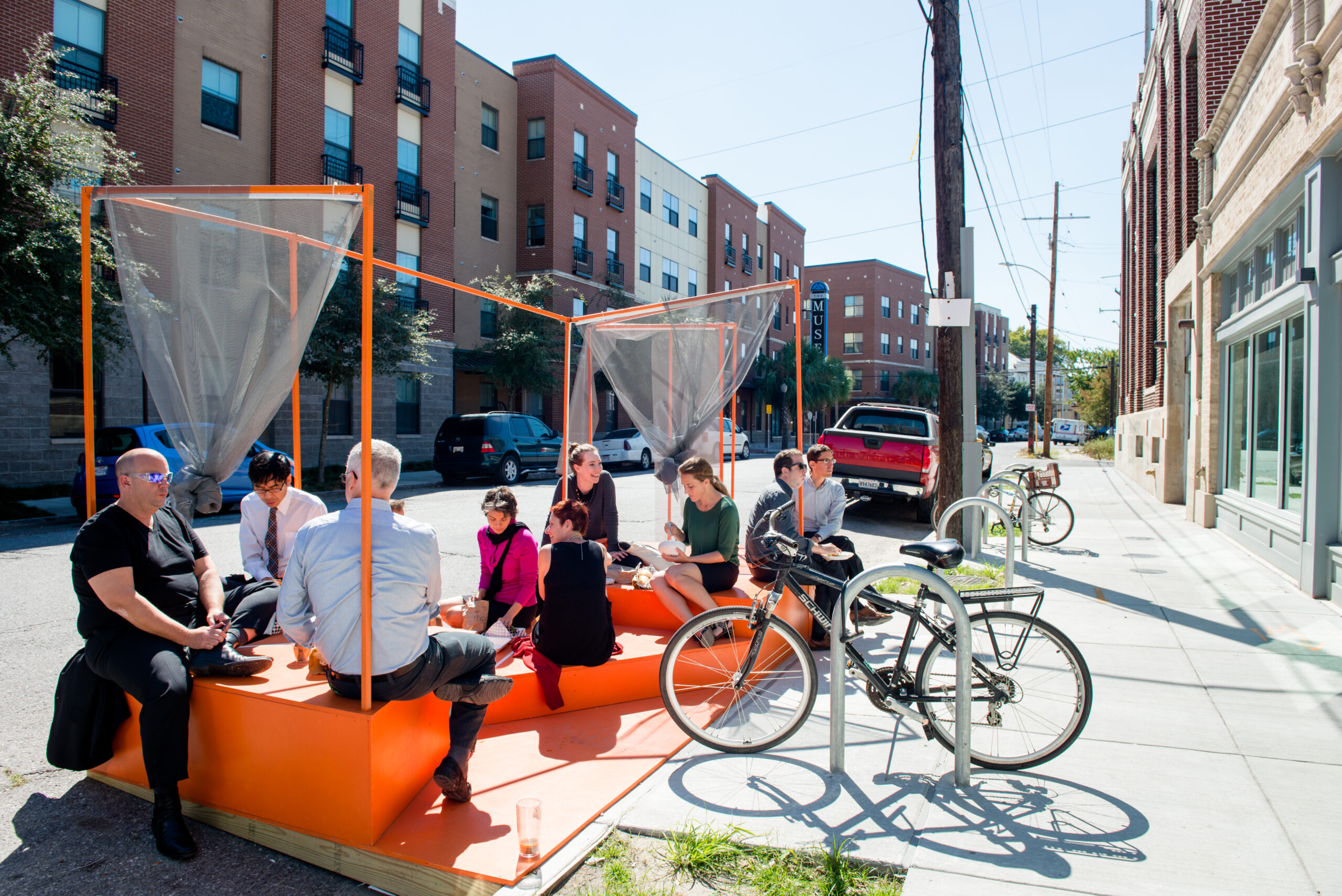