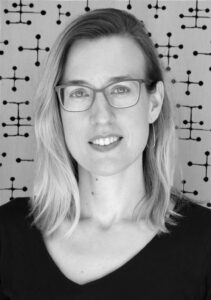 Bryony Roberts Studio is an award-winning design and research practice based in New York. Integrating methods from architecture, social practice, and historic preservation, the studio creates community-based projects in the public realm. With projects at international locations such as the Piazza del Campidoglio in Rome, the City Hall in Columbus, Indiana, the Federal Plaza in Chicago, and Marcus Garvey Park in Harlem, New York, the practice works with local creators and community groups to develop processes of interdisciplinary, collaborative exchange. Bryony Roberts Studio was awarded New Practices New York from the AIA New York in 2020, the Architectural League Prize of 2018, and Bryony Roberts received the Rome Prize for 2015-16. The studio has received support from the Graham Foundation, the National Endowment for the Arts, and the American Academy in Rome, and has exhibited with the Chicago Architecture Biennial of 2015 and Performa 17.